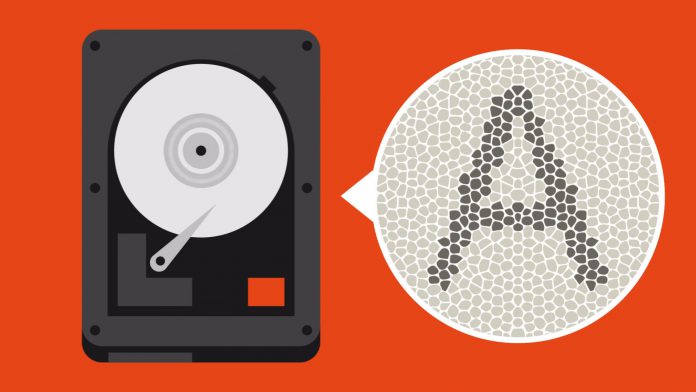 As the size of files and applications have grown over the years, so has the need for storage space. Many users have taken to hosting their data on the cloud, but this solution still requires the building of massive data centers.

Researchers at Delft University of Technology in the Netherlands have come up with a solution that significantly reduces the space and energy needed to keep data by storing each bit on a single atom. A scientific paper, published today in the journal of nature nanotechnology describes their findings in detail.

The atomic based device has a storage density of over five hundred times larger than any existing technology to store information.

The experimental hard drive can hold only one kilobyte of data, so it’s hardly life changing just yet. Despite this, the huge breakthrough could lead to a change in the way we store data in the future.

How Does it Work?

Due to the roughness of the material used, the smallest writable element currently contains thousands of atoms. To bypass this, researchers at Delft Institute of Technology have used chlorine atoms on a copper surface, which form a square grid.

Each atom can be moved using the needle of a scanning tunneling microscope, meaning that if one atom is missing, the hole in the grid can be transported. Multiple holes are then arranged to form bits.

Using this method the team was able to create the kilobyte of data, a construction labeled “the largest man-made atomic structure.”

The authors write in another place about future applications of this new approach:

“Having several thousands of single-atom bits represents a tremendous step forward in the field of atomic scale electronics. There is no physical limitation that prevents the fabrication of much larger atomic memories. Making use of demonstrated high-frequency STM electronics23, readout speeds in the order of 1 Mb/s should be attainable. While the technology presented here is two-dimensional, we foresee – taking advantage of the techniques to yield vertical stacking of 2D crystals24 – a three-dimensional scaling-up of petabyte atomic memories, that would afford to store the US Library of Congress in a cube 100 ?m wide, assuming a modest vertical pitch of 5 nm and the same in-plane pitch demonstrated here. “

The main drawback of the technology is the environment it needs to survive. In its current from the memory has to be in a vacuum and stored at extremely low temperatures. As it develops, however, this limitation may disappear.

The team believes storage can be revolutionized further by bringing the method into the third dimension, vertically stacking 2D crystals. Using this technique, they say that the entire US Library of Congress could fit in a 0.1 millimeter wide cube.

Though the current data stored is only a kilobyte, their paper insists that there is no physical limit to the amount of data that can be stored.