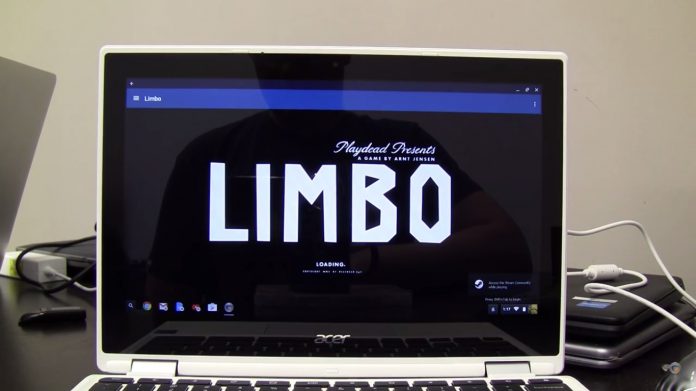 There is no doubt that the Chrome OS provides computing at an affordable level. Chromebooks are typically inexpensive, but the lack the overall functionality of a Windows-based PC. But what if you could get some Windows applications working on the Chrome browser-based OS? Well, thanks to the guys at CodeWeavers, that is entirely possible.

Some readers may remember CodeWeavers as the developer behind the CrossOver utility. The software allows users to run Windows programs and applications on the Linux platform. The company has also been working on a similar utility that does the same for the Android OS.

That app hasn’t been unveiled yet, but CodeWeavers has demoed how it may look and work. The results are impressive. In its demonstration, the developer showed how Windows apps will function on a Chromebook running Chrome OS, providing it has the Google Play Store.

In this instance, the team used an Acer Chromebook R11, one of the machines that does support the Play Store. As you can see in the video above, the CrossOver developers run the Steam and Windows game Limbo on the Chromebook with no hassle.

The app supports DirectX 9 graphics and will even handle keyboard and mouse support. There are reasons why this is not the Android app CodeWeavers has been working on. Chief among those reasons is that this app works only on x86 processors, so Android mobile devices are out. Chromebooks are definitely in however, as most run on Intel silicon.

As a note, not all apps function on the software. CodeWeavers say they will continue development to support more apps in the future.