As part of Microsoft’s ongoing creative use of Azure, Redmond and several Dutch institutions have managed to create a completely new Rembrandt painting.

Using Linux Virtual machines running on the cloud platform, they analyzed all 346 of Rembrandt´s works to create a profile of the type of person he would paint.

The data came back with some parameters: the new painting would be a portrait of a 30–40-year-old Caucasian male with facial hair. He would be wearing a hat, along with dark clothing and a collar.

Talking about the inspiration behind the project, Creative Lead Bas Korsten said,“I saw Jesus’ face and then it hit me.” Not as literal as it sounds, he was referring to three skulls found in Jerusalem that had been used to recreate the religious figure.

From there he wondered if the same thing would be possible with the work of an artist. An essential part of the project was creating it in physical form – not just a render. They wanted something that could evoke the same emotional response as his real work.

Taking the data they had on Azure, the team wrote an algorithm that took the facial features of each picture and looked at them carefully. From the combination of features, they were able to discern how the Rembrandt typically painted eyes, noses, mouths, etc.

The algorithm also detected over sixty different points in the paintings and determined the distance between to ensure that proportions were correct. It used Linux virtual machines running on Azure to do this, making it possible to use the algorithm up to 1,000 times in parallel.

For the painting to look real, however, it needed to be three dimensional. Using a height map, they took the features to a 3D printer that used UV ink to simulate brush strokes. 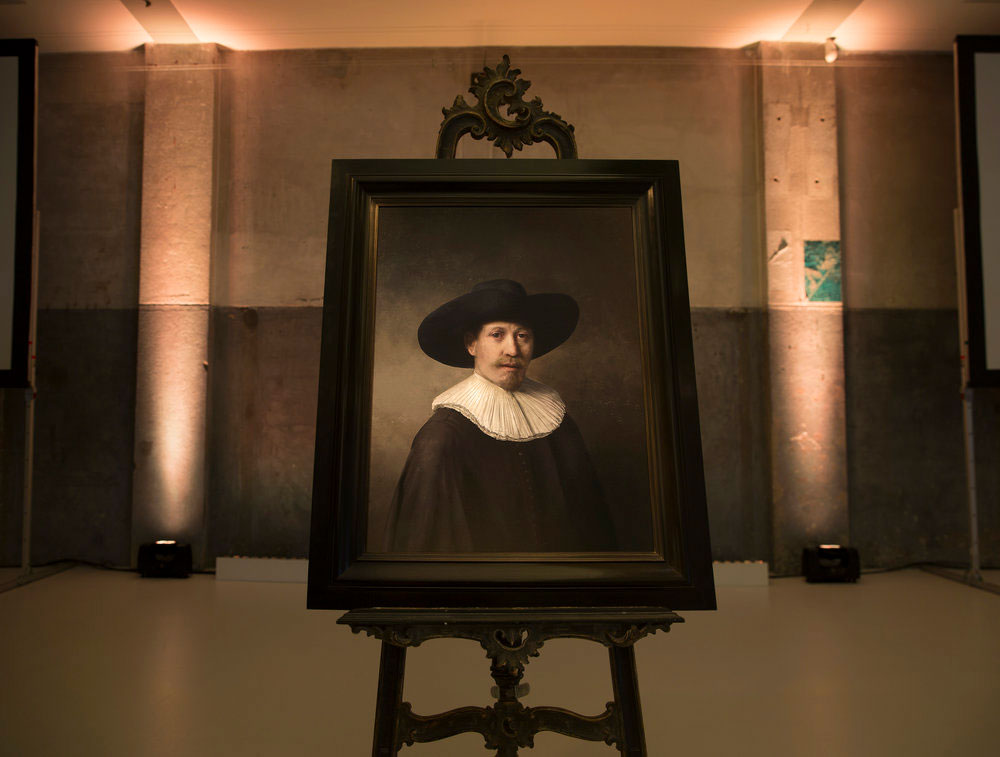 The result is a painting that is almost indiscernible from the real thing. Despite this, their blog post comes with a warning: they aren’t saying that the piece is what Rembrandt himself would create. Rather, it shows how analysis can be used in a beautiful way.

“This project shows a spark of the possibilities of intelligent data,” said Ron Augustus, Director of SMB Markets at Microsoft. “Data is the new electricity, it has huge potential to help people and companies achieve more.”

The Next Rembrandt project is certainly enough to give that claim some weight. You can visit the website and see the visualization for yourself here.