The productivity plugin brings the power of Bing search to the developer environment for problem solving.

The tool allows developers to find and reuse over 43 million code snippets and sample projects from within the Visual Studio IDE. The Bing contextual search helps primarily with compiler errors and code lookup.

Code samples pull from a variety of sources, including MDSN, Stack Overflow and GitHub, as well as cppreference and cplusplus. This numbers the total code samples for Developer Assistant at 64 million.

2. Code samples for your tasks using natural language in the “How do I –box.” (Ctrl+Shift+F1) or in the Bing search box. 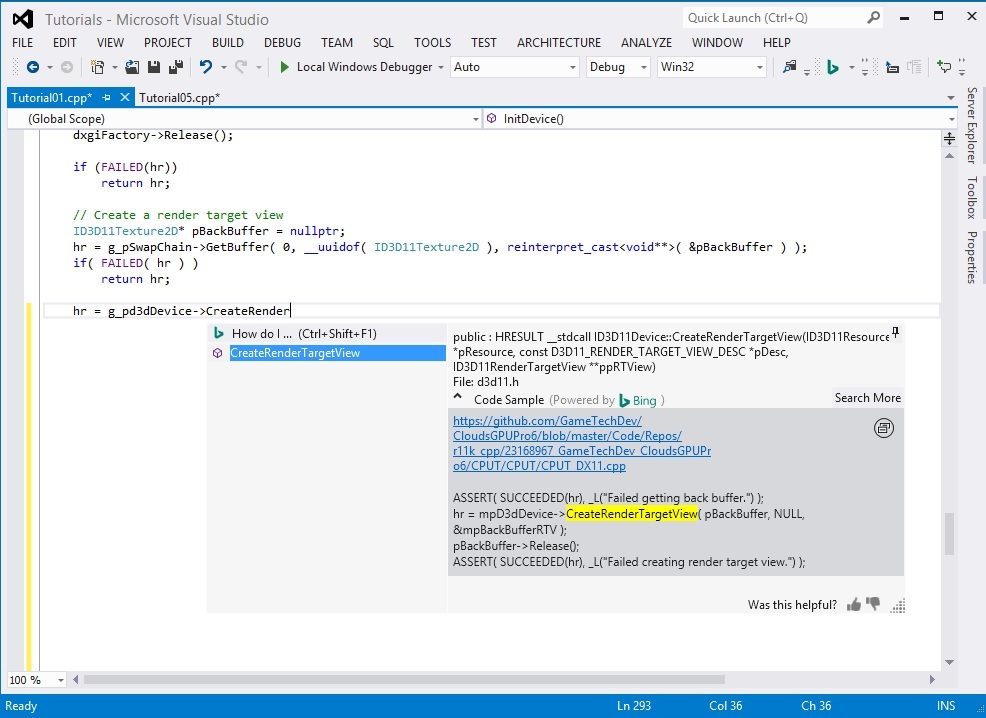 The Developer Assitant project started with the release of Bing Developer. The tool works similarly to the new C++ components, and it’s clear that they used the same methods.Bing support has been updated each year to cater to new Visual Studio versions, so we can only expect that C++ capabilities will also carry over to Visual Studio “15.”

These changes continue Microsoft’s refocus of their search engine to more niche crowds. Recently, they updated their image search function to cater to shopping recipes. Their new “Image Graph” algorithm takes duplicate pictures and brings the one with the most relevant data to the user’s search.

As the company continues to expand and repurpose its tools we can hope to see further support and code snippets for the Developer Assistant plugin. In the meantime, you can download the new Developer Assitant here, and read the patch notes in full.