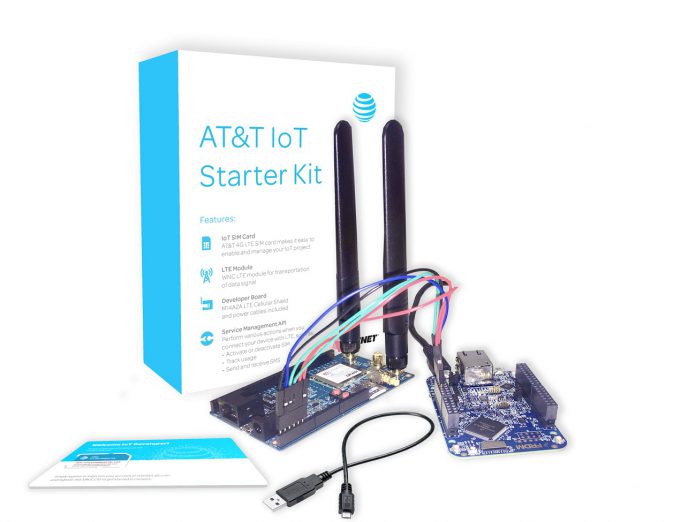 AT&T has announced an IoT starter kit based off Microsoft’s Azure cloud platform. The kit helps developers boost their Internet of Things projects. The special version of the kit for Azure allows users of that platform easily build IoT solutions. On Azure, developers can use AT&T’s starter kit through the platforms’ cloud analytics and visualization tools.

The telecommunications company says the kit is “IoT in a box” that provides the “tools you need for IoT innovation: connectivity, LTE hardware, application services, cloud storage, and more.”

By integrating the tools, AT&T is making its M2X and Flow Designer features available in Azure. The company says combining tools for business intelligence, big data, and machine learning makes it easier for customers to create IoT solutions.

“Using Azure we’ve created a one-stop shop for developers to turn ideas into solutions. They now have platforms, connectivity and cloud services in one package to launch products and support their developer ecosystem.”

Flow Designer is an AT&T tool that lets developers use an AT&T Global SIM to run devices. The Control Center is a single hub for developers to manage devices and store data in Azure. The company says the single environment of Azure gives developers a secure place to easily create IoT solutions.

“Developers can connect their device data to Azure and rapidly deploy IoT applications. We’re working with AT&T to give developers a broad ecosystem of tools to get the job done right. Together, our technologies can help tech innovators create impactful solutions for businesses,” said Steve Guggenheimer, Corporate Vice President, Developer Experience & Evangelism and Chief Evangelist, Microsoft.