After Kantar’s previous report revealed that Windows Phone OS sales share had fallen across the board, the May data shows that it has managed slight gains in the USA.

Comparing April’s data, the USA rose by 0.3 percent, but this gives little comfort when considering the figures from Europe. Sales share in Spain and Italy fell by 0.4 percent, German sales by 0.3 and the UK lost as much as 0.7.

Though numbers could rise again yet, it seems unlikely given the fact that Microsoft has all but pulled out of the mobile hardware market. 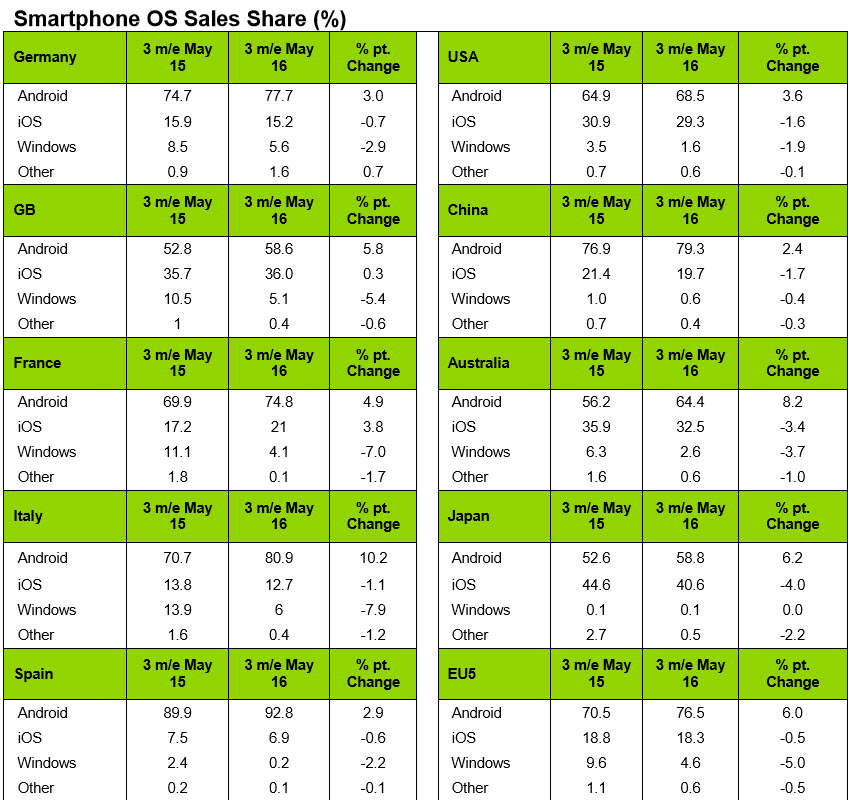 Where phones running windows have been declining,  Android has experienced significant gain. In Germany their sales share rose by 0.9 percent in the same period and Italy by 1.3 percent.

The OS also grew in the USA by 0.9 percent, taking some of the shares from iOS and BlackBerry.

Lauren Guenveur, a Kantar analyst, notes that although there was a slight decrease in iOS market share in the US, it has returned to growth in Britain.

She puts this down the release of the iPhone SE, which “performed well, despite being heavily supply constrained and only available for only two months.”

The figures can be viewed in full on Kantar’s world panel, which offers an excellent visual display of the data, or the complete report can be downloaded here.