Microsoft’s Director of Sales Eric Ligman has released his annual free eBook giveaway once more. This year, he hopes to surpass the 3.5 million downloaded in 2015.

The concept started several years ago when it quickly reached over a million total downloads. Since then, the giveaway has grown to gain more popularity and titles.

These are the full versions of the books and there is no timeout feature. There is also no limit to the amount that can be downloaded, and we have a full list of categories below:

Many that work with Microsoft products in their day to lives will want to download all of the books at once but, unfortunately, it’s not as simple as the click of a button.

Ligman says that this is due to publishers, who need to have the right to edit and distribute the publications as they see fit. However, there is a workaround that utilizes plugins such as DownThemAll! for Firefox.

Simply install the plugin before navigating to this web page, which has a link to the 404 eBooks in the promotion. You can then right-click on the space next to the text and hit “DownthemAll!” Choose the download location and hit start and you’re pretty much done. 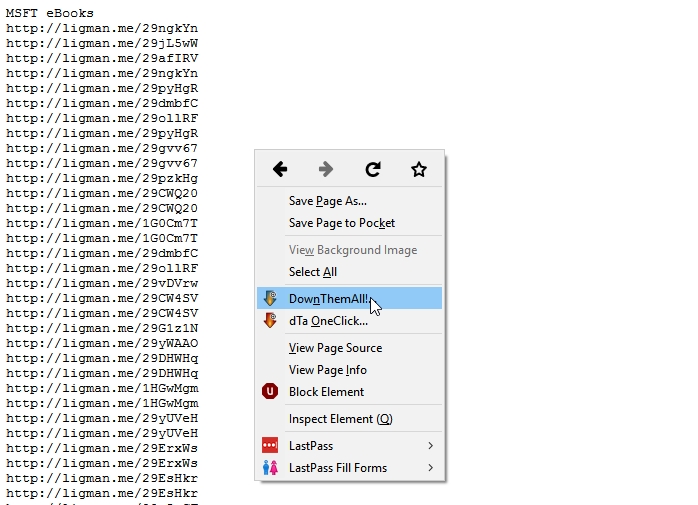