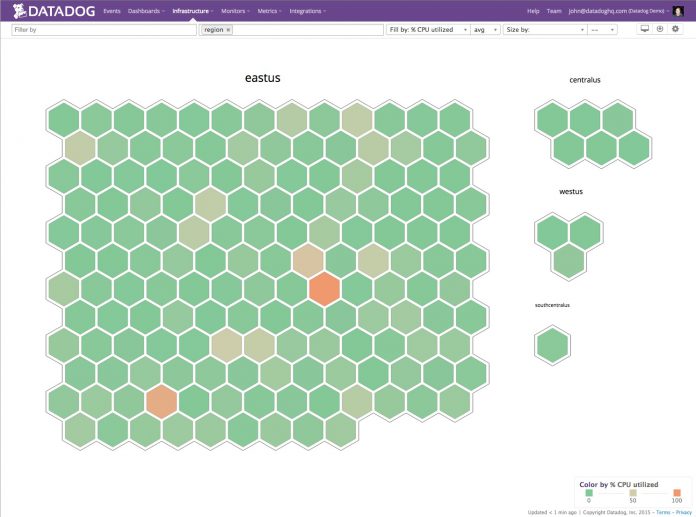 Until today, Datadog used Microsoft’s integrations for a number of services. The company collects metrics from Windows Management Instrumentation and Event Viewer.

Datadog will now also use Azure Resource Manager (ARM) and offer support for Microsoft Azure SQL Databased. ARM is a deployment tool for virtual machines on Azure and cloud servers. The company says the deeper integration will give large enterprise customers more control over their cloud output.

“We make it a top priority to build out integrations for new services from major cloud platforms as they are released,” said Amit Agarwal, Chief Product Officer, Datadog. “By utilizing Datadog, enterprise customers are now able to effectively manage the performance of their large scale Microsoft Azure-hosted applications.”

Datadog is associated with Amazon Web Services (AWS) as a chief third party monitoring providers for that cloud service. However, the company says it recognizes the need to expand with the growing demands for Microsoft’s Azure platform.

Earlier today it was revealed that the company was a victim of a significant AWS data breach. Datadog confirms that multiple servers  breached and data leaked. The company sent an email to users over the weekend asking them to reset their credentials and create new ones.