Visual Studio Code version 1.3 for Windows, Mac OS X, and Linux boasts improved management with a modified Extensions feature. According to a report from MSPoweruser, this enables users to see extensions installed on the system, search for specific extensions, and install them within the panel.

Users can easily switch back to the older user interface simply by disabling the Tabs feature. The much-awaited Tabs will allow users to move them via drag and drop, and switch between tabs by using CTRL+Tab.

The update also fixes a number of bugs, especially in the SASS mode language ID, and within the Integrated Terminal. Users can also check a list of closed bugs and closed feature requests within the Update page. 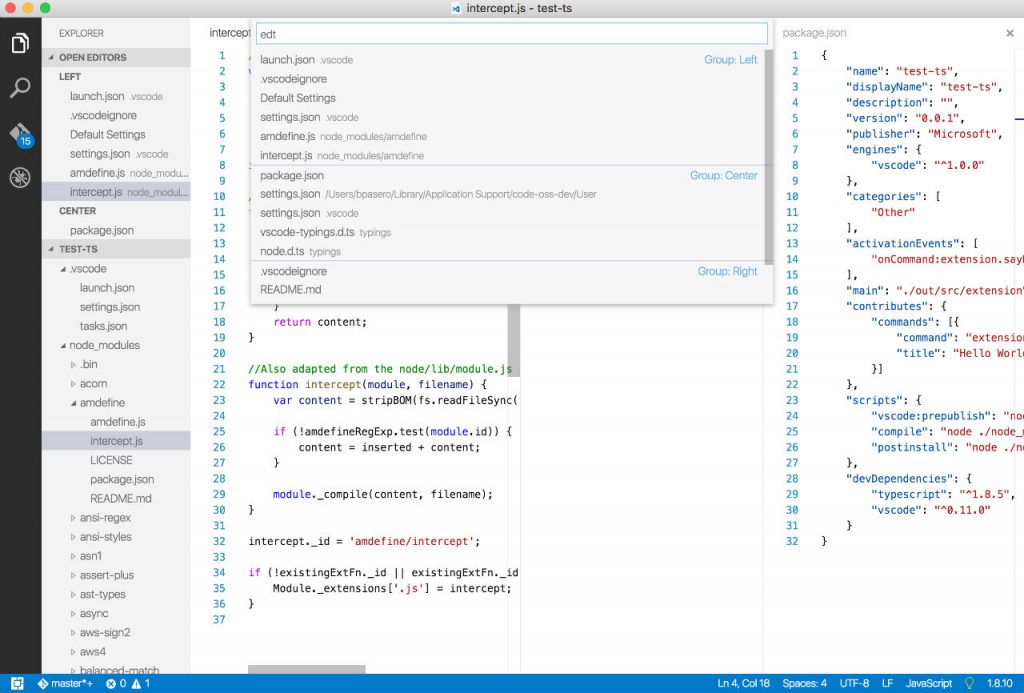 A detailed report of the updates can be found on the Visual Studio Code website. Other highlights of the update include the following:

Visual Studio Code is a free, open-source code editing software from Microsoft that allows users to create programs and applications with a wide variety of uses. Interested users can check out their official website for more information.