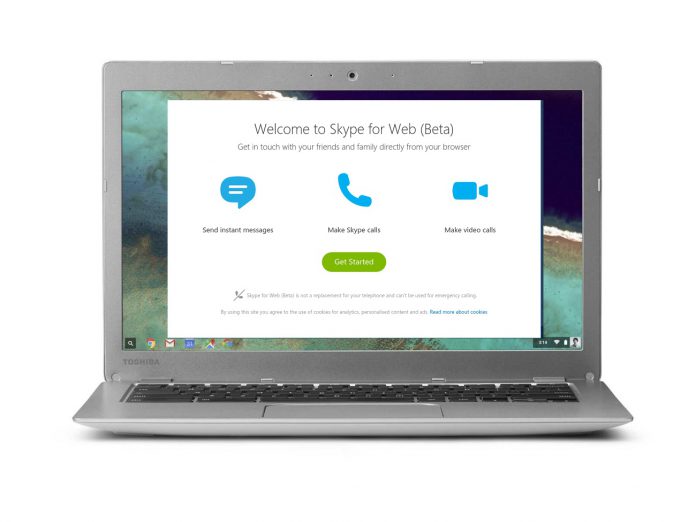 Microsoft has added voice support for Skype on Chromebooks, through the company’s Skype for Web service. This brings the feature to computers running Google’s Chrome operating system, while the feature has also landed on Linux.

It is worth noting that this has not been officially announced by Microsoft, but the feature is definitely working on both platforms. While voice calling seems to be fully supported through Skype for Web on Chromebooks, the ability to video call is still missing.

So, no Microsoft announcement, but definite functionality.

To get cooking with audio calls on Skype for Web on your Chromebook, you can head to the site and sign in to your account. As is usually the case with Skype, clicking the voice call button will get the ball rolling. The feature is the same as on other platforms and indeed on the Skype PC and phone applications.

The importance of this feature is obvious, allowing Chromebook users to finally have expanded functionality within Skype directly from their browser-based OS. It is also important for Microsoft as the company is facing increased competition in the VOIP market and wants Skype functioning near full capacity on as many platforms as possible.

Of course, it is not like Chromebook users have been missing out on Skype entirely. The service has always been available to some of them through the Skype Android app, which remains available through the Google Play Store. However, this support is still in beta and is only available on certain Chromebooks.