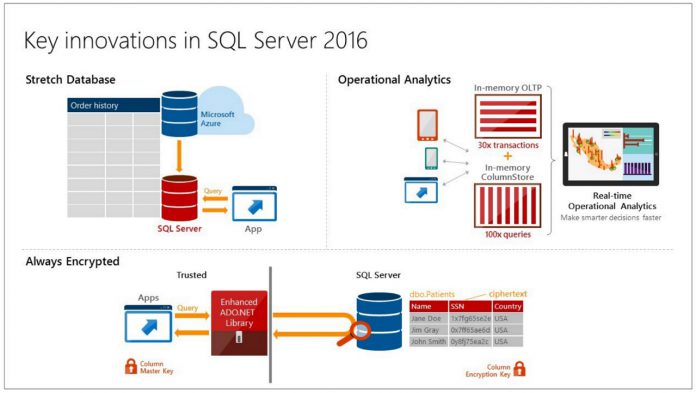 Microsoft has announced that the ability to develop databases using Always Encrypted is now supported in SQL Server Data Tools (SSDT). The company made the announcement on its SQL Server Blog, showing how developers can now create protected data within a database.

Always Encrypted is available in both SQL Server 2016 and Azure SQL Database and it allows users to protect sensitive data by transparently encrypting and decrypting data sent from the database column.

Microsoft says users will need to have the following installed to access Always Encrypted for SQL Server Data Tools:

The company says that this feature is rolling out with the July update of SSDT. In its blog, Microsoft explains how to import an existing database into an SSDT project using the Always Encrypted feature.

At the start of June, Microsoft moved SQL Server 2016 to general availability.