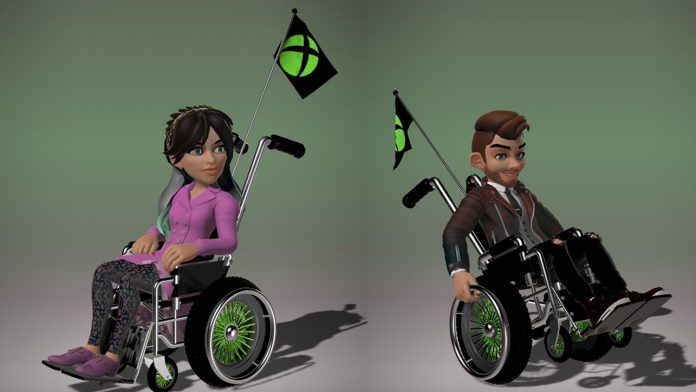 Likely a result of Microsofts ‘Gaming for Everyone’ scheme, which is focused on making gaming “accessible, equitable and sustainable for all”, the extra customization for Xbox One users will be a welcome addition for many.

Responding to calls for a petition, Phil Spencer, head of Microsoft’s Xbox division, took to Twitter to clarify the issue.

Though no specific date was given, users are assured that it’s “not far off.” His colleague Mile Ybarra offered a sneak peak the following day, some users also mentioning slight changes in the face models, which points to a wider avatar update.

The development in still in early stages, so it’s possible that further customization options will be added to the wheelchairs themselves such as different styles, wheels, and flags.

This is just one of many recent ideas from Microsoft to help make the Xbox a more positive device for those with disabilities and impairments. The Xbox Social Gaming Sprint hosted by design strategist Kris Woolery mentioned the implementation of closed captioning or emoji’s for those with hearing difficulties, while also increasing the awareness of other handicaps.

It’s likely that these features, as well as many more, will be included in the anniversary update in August, which will add a background music feature, updates to the Cortana voice system, extra language support and the ‘play anywhere program.’

It’s great to see Microsoft’s continued commitment to making their products more accessible to everyone, and we hope that the positive feedback given by the community will spur all kinds of additions that focus on other issues.