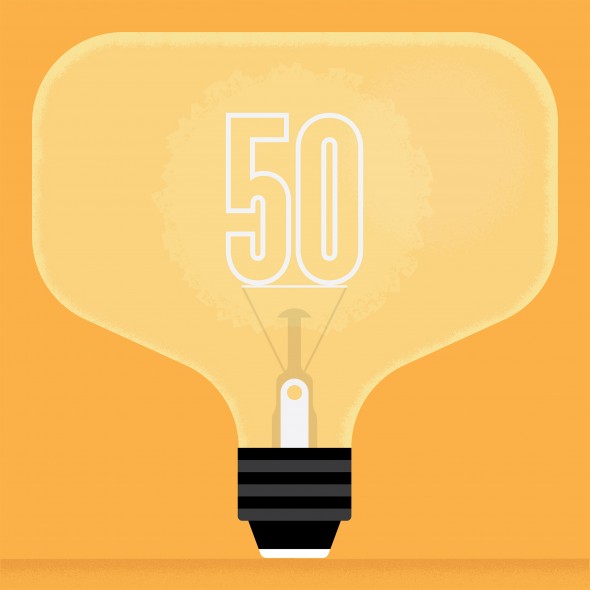 The Editors at MIT named “technological change” as the reason for this swift climb and noted,

“When we included Microsoft on last year’s list for its HoloLens augmented-reality technology, the system had not yet shipped. Now a preproduction “Developer Edition” is available and Microsoft is starting to use it for augmented-reality experiences. Attempting to switch its focus from desktop software to cloud and mobile services, and having recently announced a mammoth $26 billion purchase of business social network LinkedIn, the company is also pushing forward with innovative research, including some on deep neural networks that it has incorporated into Skype for simultaneous language translation. The research will also be applied to a variety of computer vision tasks.”

Each year MIT identifies 50 companies that are “smart” in the way they create new opportunities. Last year, Tesla Motors and Xiaomi were on the top, while this year the star toppers are Amazon and Baidu.

Alphabet, Bosch, Toyota, and Intel have made their way into the list; Tesla has dropped to number four and Illumina is still at the third spot.

Apple and Xiaomi are not on the list, but startups like 23andMe, a pioneer in consumer-accessible DNA testing; 24M, a reinventor of battery technology; and Didi Chuxing, a four-year-old ride-hailing app are on board. You can see the complete list here.