Mobile app distribution and promotion company IronSource has revealed that Microsoft Word Mobile and OneDrive have earned spots in the top 10 most downloaded apps on the Android platform, with over 50 to 100 million downloads on all Android devices worldwide.

The Android operating system has been the dominant market share holder in the mobile OS sector, accounting for an overwhelming 80 percent of all operating systems used on smartphones worldwide.

As such, the inevitable observation for this recent statistical report is the irony that Android, with its slew of office and other related productivity applications that are more optimized for its system, had actually been eclipsed by Microsoft Word Mobile and OneDrive in terms of downloads. 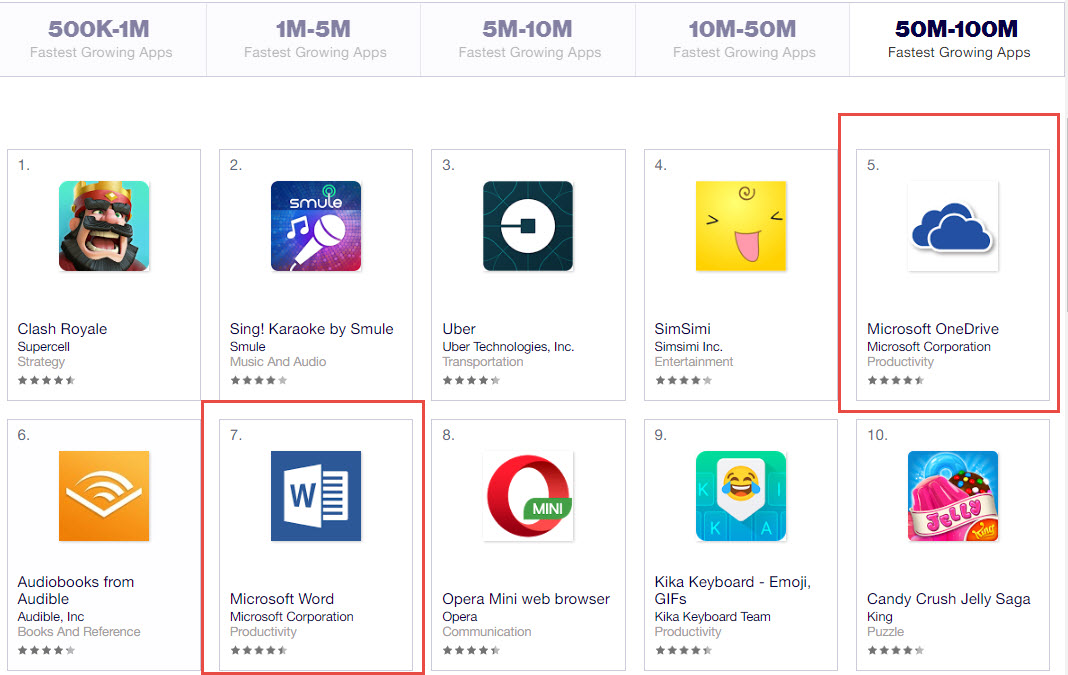 But as much as it is an irony for Android, it is also an irony for Microsoft. In complete stark contrast to this report, a previous analysis by another company showed that Google’s mobile productivity app suite was actually the dominant app suite in the mobile realm, user-wise. Google Docs in particular, had at least 20 million more users than Microsoft Office mobile.

While it is true that the number of app downloads does not reflect user number statistics and vice versa, it does show the ambivalence of downloads and usage when it comes to mobile productivity.

Which brings us to the main question: how will this seemingly contrasting statistic affect Microsoft? Nothing directly most likely. After all, we have already seen an even higher download statistic for its mobile office app suite quite earlier this year.

Microsoft Brings Files On-Demand to All OneDrive Users on MacOS