Microsoft has announced an open sourced JSON-based protocol at the DevNation conference in San Francisco and expanded upon the release in a blog post. The protocol brings a new programming language to Visual Studio Code through “language server.”

In its blog, Microsoft explains that the release is part of its plan to make Visual Studio Code an “editor for any developer, no matter what programming language you use.”

Visual Studio Code is not the only tool creator and language provider offering the new JSON-based protocol, with both Red Hat and Codenvy also adopting the language. Microsoft says this means developers can have a consistent edition experience across any tool or operating system. 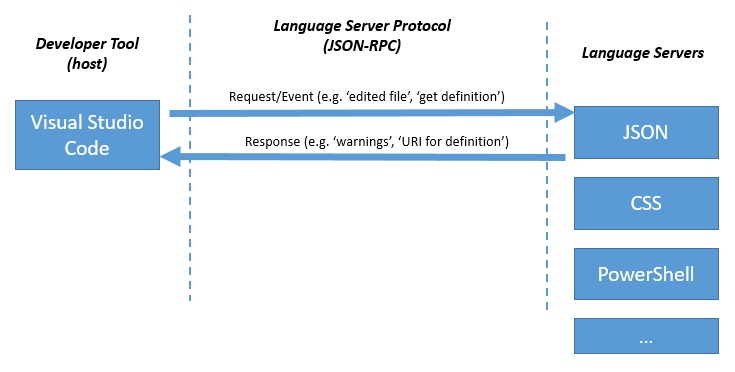 “For language creators, this means an enhanced tooling experience for their language across a variety of development tools and operating systems, similar to the experience that TypeScript developers or C# developers (via OmniSharp) get today.”

In April, Microsoft introduced Visual Studio Code 1.0, and also confirmed that VS has been a success since it launched last year. The tool has been downloaded more than 2 million times and has 500,000 users.

“We have strived to make VS Code 1.0 a great editor for every developer. VS Code is now fully localizable, and ships in 9 different languages, including French, German, Japanese, and Chinese.”

Microsoft followed up the release of version 1.0 with an extensive update earlier this month. The company rolled out new features and functionality for Editor, Workbench, and More. The update included an integrated terminal for Workbench, to allow VS use in a platform shell, while the ability to cut away automatically inserted whitespace in the Editor was also added.

In its release of the JSON-based protocol, Microsoft shows on its blog how users may use the new open language within Visual Studio Code.