This security compliance tool strangely adheres with BlackBerry’s previous privacy suites for Priv (DTEK and STV100-1), and points to their next Android smartphone rumoured as the BlackBerry “Hamburg”.

This device featured in the listing from Wi-Fi alliance runs Android Marshmallow with firmware version AAF295.  While this does not confirm anything, there’s quite a possibility that BlackBerry has formed some sort of working partnership with TCL (Alcatel) to release its next Android smartphone. 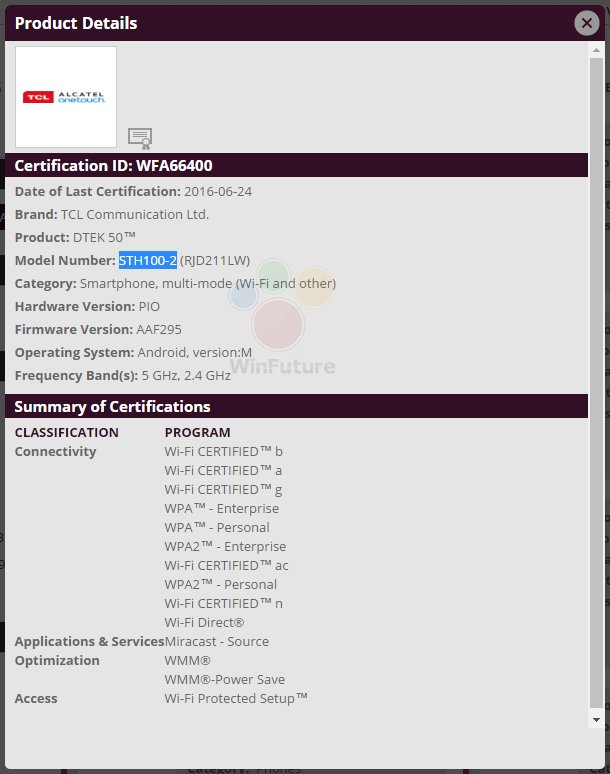 BlackBerry CEO John Chen, has previously said to expect two cheaper offerings this year compared to the high-end Priv – one with a physical keyboard and one without.

The Hamburg, according to Roland Quandt of Winfuture.de, will ship with a 5.2-inch full-HD display and an octa-core Snapdragon 615 SoC, the dated mid-ranged processor from Qualcomm. It would apparently be based on the Alcatel Idol 4 which has the exact same screen size and resolution but uses the Snapdragon 617 instead.

As of now, there’s no word on the official launch, but Chen’s conference call with investors suggests a timeframe for July 2016. Other details about the device are still unknown, but we will know more soon as the company is expected to unveil its new devices next month.