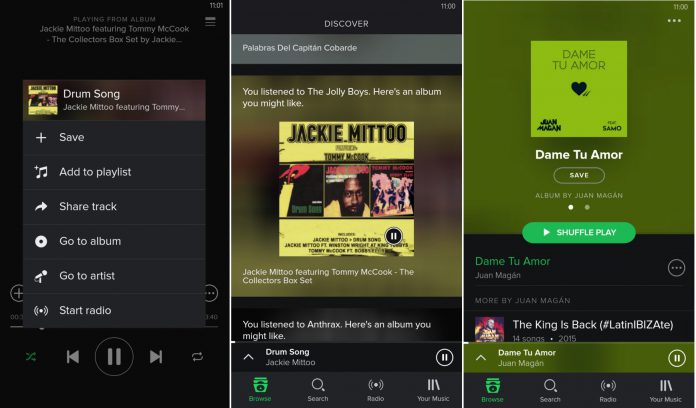 The latest version of Spotify’s Windows Phone app brings a modern UI which the company released for Android and iOS a few months ago. The app looks a lot better than the previous iteration and packs a revamped design with a new logo, improved animations, and new transition effects. The animations feel a bit rough at the moment, but the company should clean them up in near future.You can see these tweaks in the screenshots below:

Along with design upgrades, the updated app also includes a bunch of improvements in Settings, Songs, Playlists, and Albums. The bug that always displayed the home screen is now fixed and there are some improvements for searching as well.

Spotify is one of the first major mobile companies to get behind Microsoft’s platform, debuting its music streaming service on Windows Phone 7 in 2011. The most recent build of its Windows Phone app did not bring major changes but focused on minor patches for the general UI and software. However, this update brings major a bump-up and takes the app at par with its Android and iOS counterparts.

You can download the latest version of the app from Microsoft Store here.