As per our friends at Windows Central, Microsoft is working on an updated version of its Health app for Windows 10 Mobile and PC. The app is currently being tested and worked on internally, but these screenshots give us a already a quick peek at its revamped UI and new features. 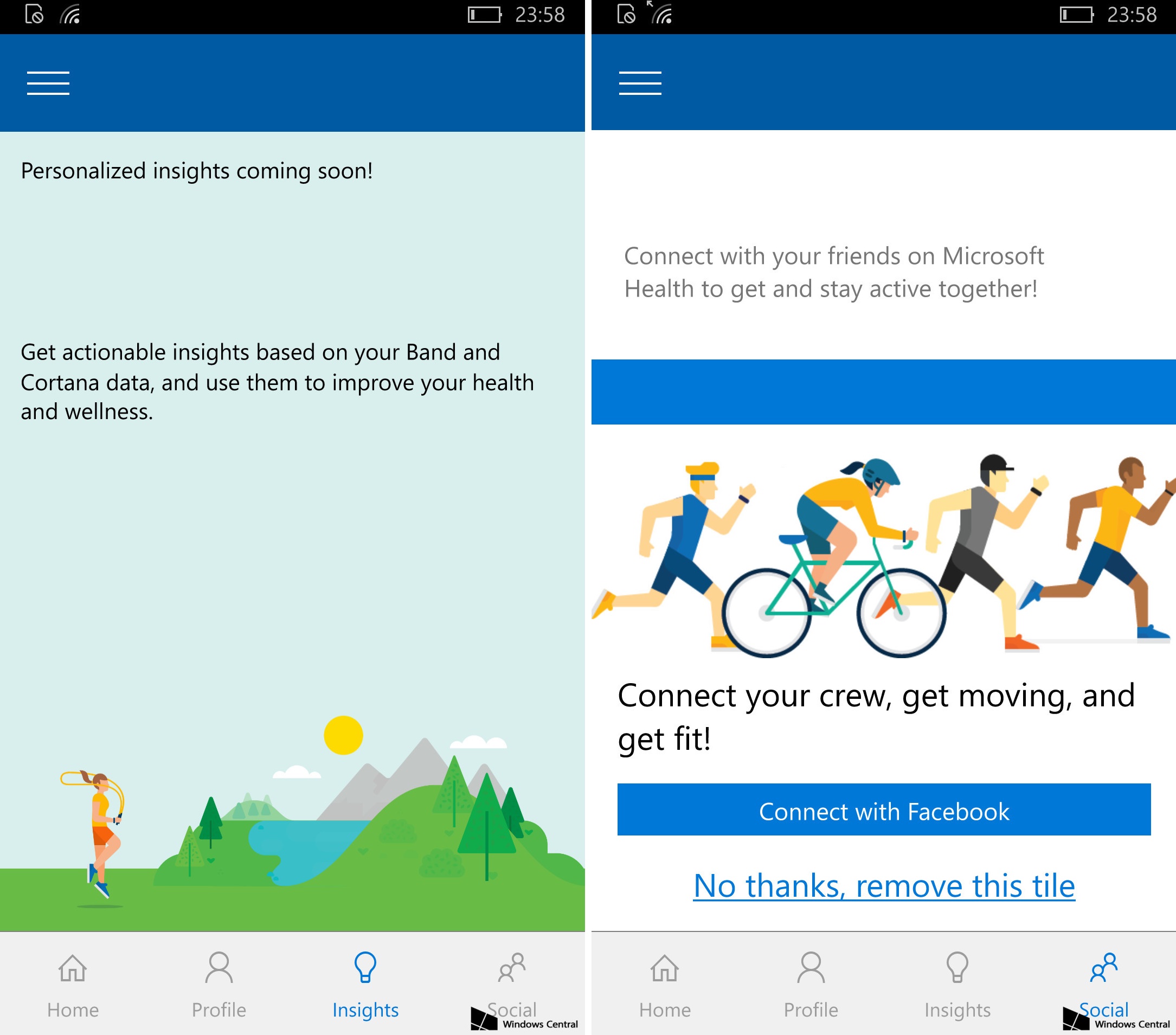 With this update, Microsoft is adding a navigation bar to the bottom of the screen with options for Home, Profile, Insights and Social.

The new “Insights” feature will allow Band users to get actionable information based on the data collected by the Health app and Cortana, and use it to improve overall health.

Insights are for those users who are frequently working out and want to know the best ways of keeping fit, with tips and information personalized for each specific person.

However, Insights doesn’t yet work on the internal build, even with a new firmware update for the Microsoft Band. The new firmware does not include any new features to be excited about.

Since Microsoft Health is now a UWP app, its PC version also appears to be coming with an improved interface. According to Zac Bowden of Windows Central, the PC app is still “pretty rough”, but we should see this UI get cleaned up quite a bit before the official release. The screenshot is given below: 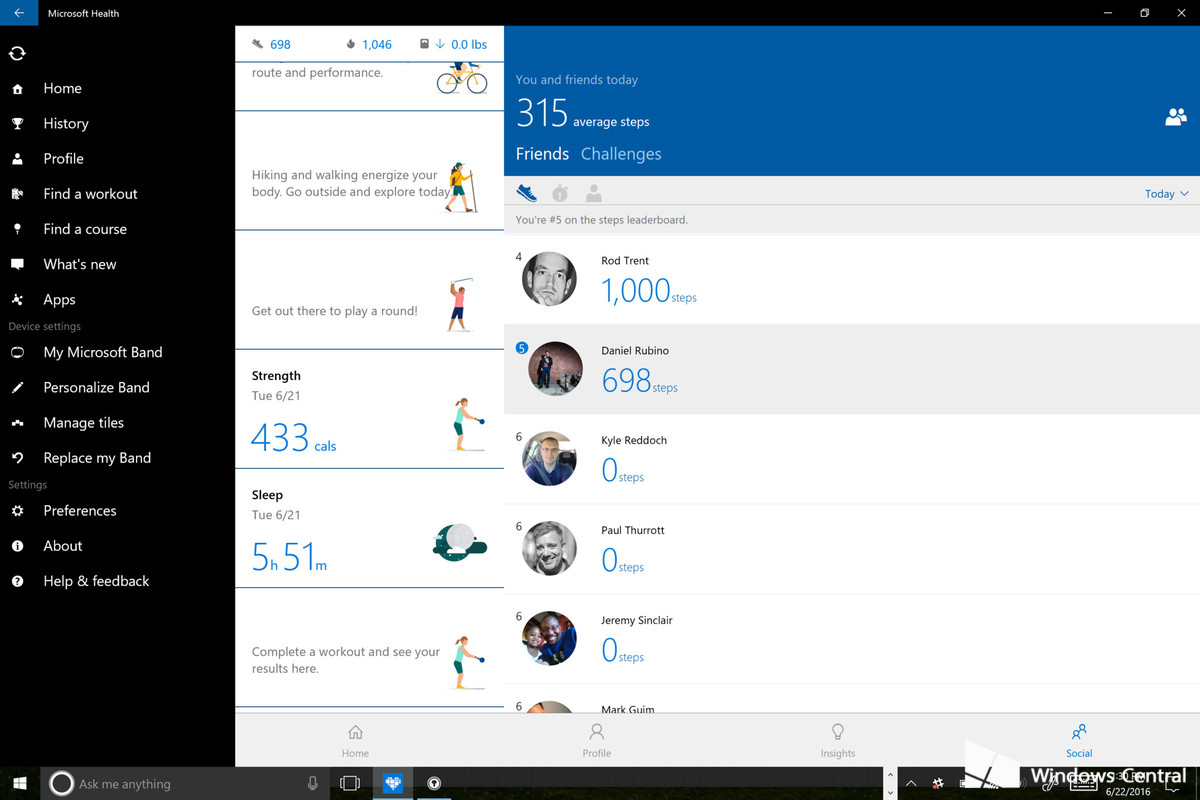 Microsoft Health and its revamped UI should make navigation easier for users who’re used to traditional app layouts. There’s no word on its official release date, but we don’t think it’ll be too long a wait.