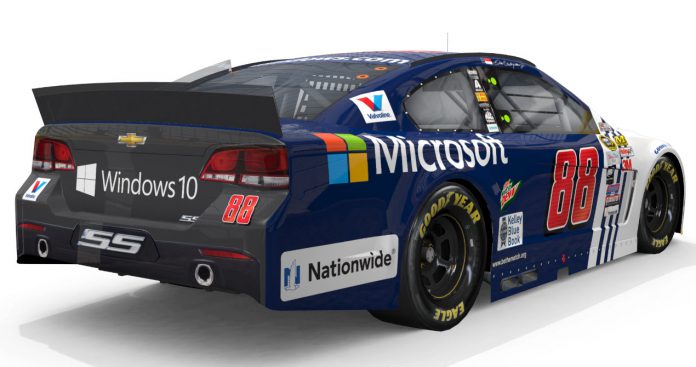 It brings historical data, timing, scoring, pit road officiating, video replay and car positioning to make sure that in-race decisions can be made more quickly and accurately. It also works more quickly than the present system where data gets analyzed on multiple screens from multiple feeds before being transmitted.

During the presentation that lasted about 30 minutes, O’Donnell stressed on how NASCAR aims to bring innovative technologies to the fans and has equal focus on efficiency for race controls.

“NASCAR has really put an emphasis, especially over the last 18 months, on technology and new technology and how we can bring things more quickly to the fans, really put them inside the driver’s seat,” O’Donnell said. “But equally as important is how we can work together to be more efficient from a governing standpoint, especially when it comes to race control.”

Next Version To Come Soon

The Microsoft Race Management app is built with Windows 10 and the Azure platform to get the look and feel, and practical usage right for the speedy sport. Though it is still on version 1.0, improvements from NASCAR and Microsoft are expected to be made after it takes opening at Sonoma.

“This first phase is around consolidating operations and systems like this, collecting more information,” Downey said. “As we go forward, we want to help NASCAR better utilize that information that we are helping them collect. … So this is really the first of a multi-staged approach to use data to better inform how NASCAR both runs their races and how they tune their races to create an even better product for their fans.”

Microsoft and NASCAR revealed a mobile inspection application in late 2014 that took that process from being paper-driven into the digital age. Now, the race management app is the latest step in an ongoing relationship between the sport and technology leader that has grown steadily in recent years.