The API is one of the Cognitive Services and provides valuable data extracting abilities for businesses. Text is valuable for data companies, but getting meaningful data is not an easy task, employing sentiment analysis, entity recognition, text clustering, and natural language processing. 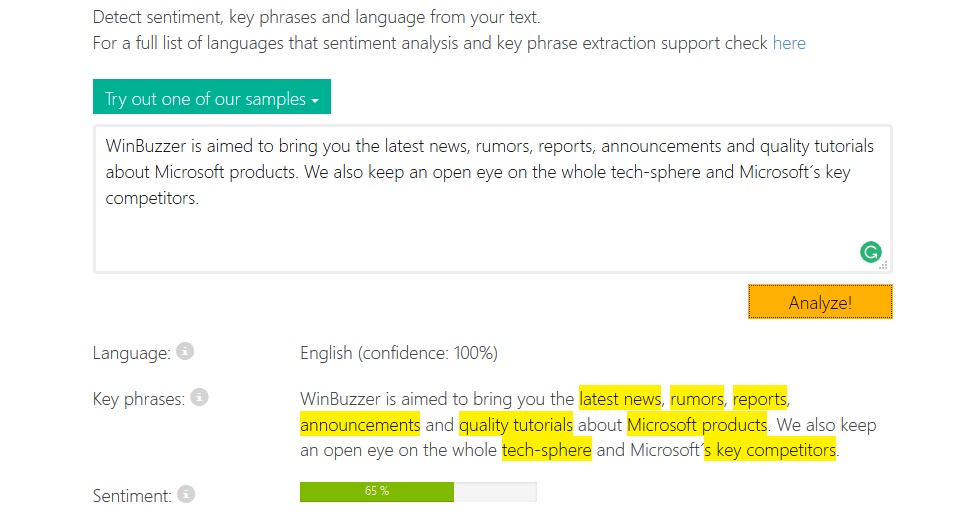 The API has now been expanded to allow more languages. Microsoft announced that sentiment analysis is now available in English, Spanish, French, and Portuguese, while key phrases can be extracted in English, German, Spanish, and Japanese. The company adds that the service can already recognize the language of text in 120 languages.

“Since our launch about a year ago, we’ve seen customers using our service for a broad range of scenarios, all related to one theme: understanding customers’ feedback in order to improve the customer experience. This data is being used to drive daily business decisions, ensuring feedback from customers remains at the core of any consumer-focused business.”

Microsoft says that Text Analytics API is being used alongside its other services, such as the Language Understanding Intelligent Service (LUIS) and the Bot Framework. Sentiment analysis can be used in the creation of bots that react to positive and negative statements.

The API is available through the Azure Portal and Microsoft also has a demo experience, which we naturally tried out. You can see the results in the image above.