Microsoft Research has introduced a new project called uLink, which gives mobile apps the similar dynamic deep links of web URLs. The company says uLink provides a much simpler path for developers to create deep links within their apps.

Web URLs are hugely important in allowing users to interact with websites. Aside from allowing navigation from one page to another, URLs also aid in sharing content with others, bookmarking a web page, and providing deep links.

The mobile ecosystem is not the same, with web URLs impossible within single pages of mobile apps. The lack of URLs means developers have to put in considerable effort to provide deep links that are limited by the number of pages they cover and the inability to generate a link on a page.

Microsoft Research says uLink is the solution to the problem, allowing developers to easily create deep links. Users can search previously-seen app pages and bookmark those links to app pages. In an introduction to its paper, the Microsoft Research team describes uLink as a tool for higher coverage and more feedback. 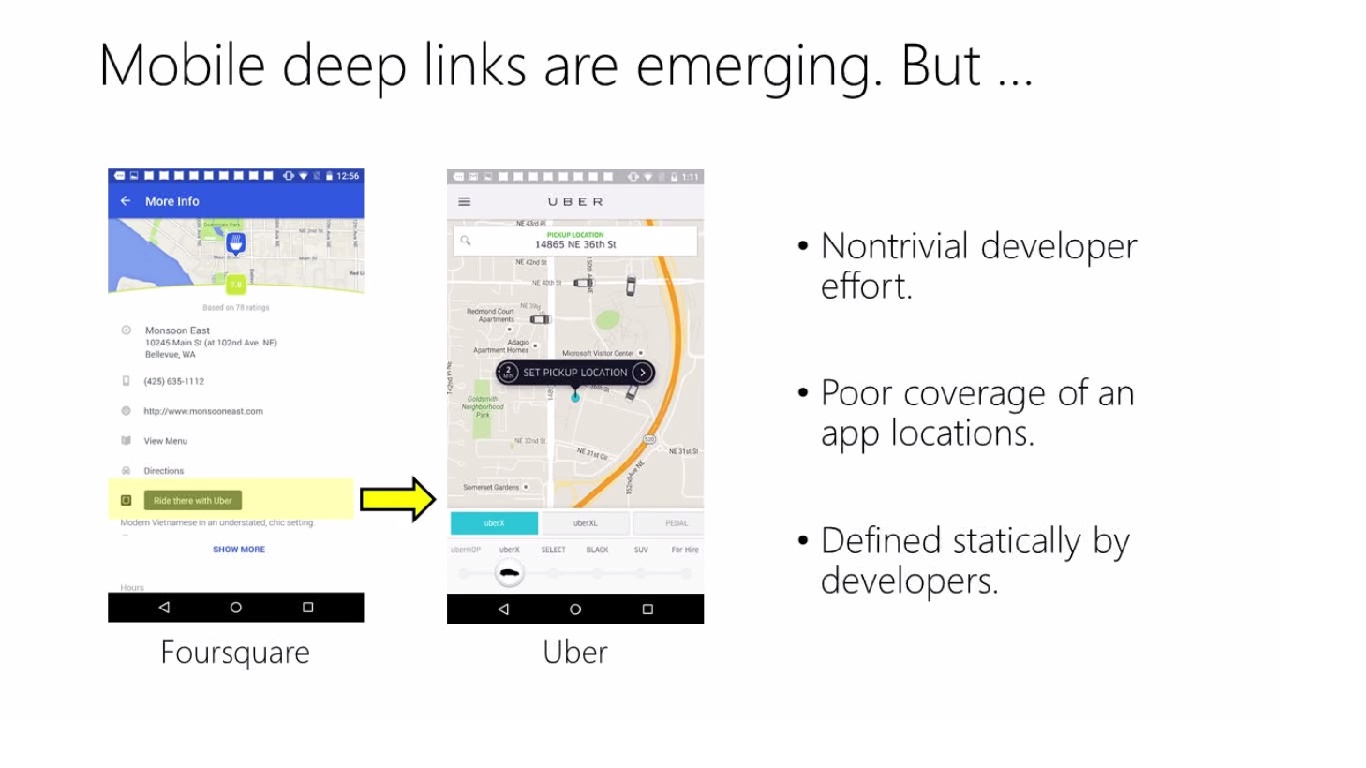 uLink is implemented as an application library, which transparently tracks data- and UI-event-dependencies of app pages, and encodes the information in links to the pages; when a link is invoked, the information is utilized to recreate the target page quickly and accurately. uLink also employs techniques, based on static and dynamic analysis of the app, that can provide feedback to users about whether a link may break in the future due to, e.g., modifications of external resources such as a file the link depends on. We have implemented uLink on Android. Our evaluation with 34 (of 1000 most downloaded) Android apps shows that compared to existing mobile deep links, uLink requires minimal developer effort, achieves significantly higher coverage, and can provide accurate user feedback on a broken link.

Basically, uLink has the potential to stop you losing your place in a mobile app. This is a common occurrence when something else (a notification or call) makes you leave an app, which then closes. With Microsoft’s tool, it will be possible to search through the history of an app as you would the deep links of URLs on the web.