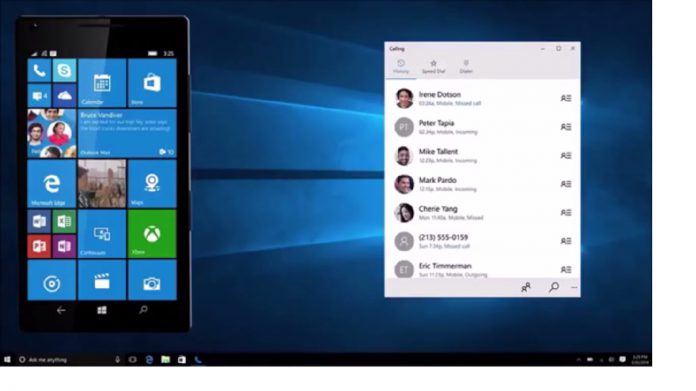 Microsoft’s feature that lets users pick up an app or game where they left off across Windows 10 devices has moved a step closer to going live. In April, Microsoft started including the “Continue App Experiences” feature (which wasn’t working) in Windows 10 Anniversary Update preview builds. Now the company has placed the same feature in the latest Windows 10 Mobile Anniversary build.

With this addition, it is easy to see the bridge as complete, as PC and mobile are the two most likely Windows 10 devices that will be sharing through Continue App Experiences. However, the feature has still not gone live yet, which means even Insiders on the latest Windows 10 builds cannot use it.

It is apparent that Microsoft is placing Continue App Experiences on Windows 10 Mobile now in preparation for the roll out of the Anniversary Update next month. The feature may go live for Insiders before then, but at this stage, it may not. The company showed off a screenshot of the function in action at Build 2016 earlier in the year.

Continue App Experiences is an idea close in concept to Apple’s Handoff and has been developed by Microsoft under the codename Project Rome. This feature simply allows users to swap apps and games between devices and keep them active. You could start a game on a Windows 10 PC and then carry on where you left off on Windows 10 Mobile.

We wrote in April that Microsoft is basing the Project Rome technology off its Xbox SmartGlass idea, which allows Xbox gamers to see information and content on a second screen. While the company only seems to be preparing PCs and mobile devices for the new Continue App Experience functionality, the Universal Windows Platform means it could easily drop on Xbox One and HoloLens too.