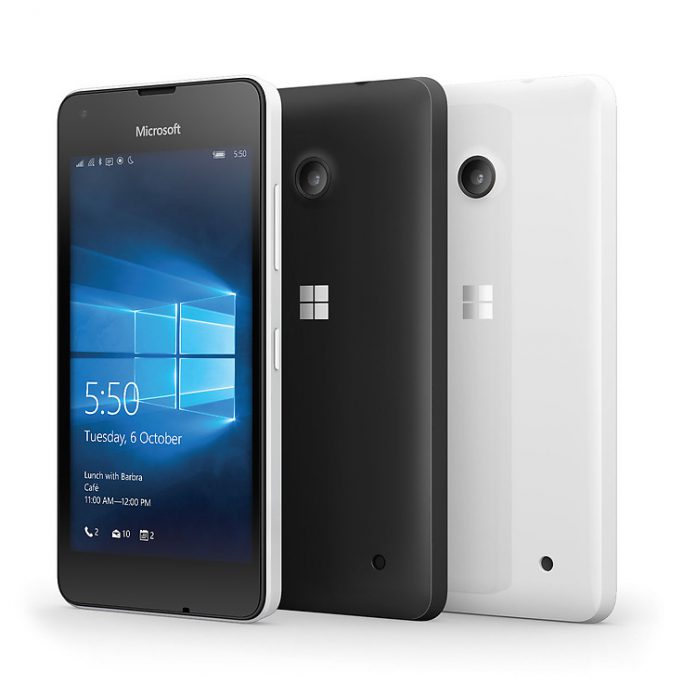 This is not the first time Microsoft has slashed Lumia 550’s price. Earlier this month, a similar price cut was announced, but without a freebie. That past deal ended on June 11.

The Lumia 550 went on sale in the US in January this year. The device packs a decent set of internals: A 4.7-inch HD IPS display, a quad-core Snapdragon 210 processor, 1GB of RAM, and 8 GB of built-in storage. It runs Windows 10 Mobile out-of-the-box and also includes a microSD card slot supporting expansion up to 200GB.

In addition, the Lumia 550 also bears a 5-megapixel rear camera with LED flash and a 2-megapixel front-facing shooter. It runs on a 2,100 mAh battery and features standard connectivity options such as Wi-Fi 802.11 b/g/n, A-GPS, Bluetooth 4.1, and 4G LTE.

The SIM Kit from T-Mobile includes a 3-in-1 Nano SIM card with micro and standard SIM adapters and 40 minutes of airtime. It can be used with unlocked, compatible LTE and GSM devices, and can be used instantly.

If you want to take advantage of the offer, you’ll have to be quick. The deal is valid only unitl June 20, 2016, which means today.