According to some attendees of Unicode’s quarterly meeting last May, Apple led the effort to remove the rifle emoji from the upcoming Unicode 9.0 release this month.

Apple told the consortium it would “not support a rifle on its platforms” and asked for it not to be made into an emoji. Unicode President Mark Davis confirms the move but did not elaborate the reasons for the decision.

“The committee decided not to mark them as Emoji, but to add them as characters (that is, normal black & white symbols),” he wrote in an email to BuzzFeed News.

Other Unicode member companies are also silent, and Apple declined to comment on its involvement in the decision. Unicode is the technical organization in charge of selecting and overseeing emojis. Apple is one of its largest members, having both voting rights and considerable influence.

The rifle was supposed to be part of a set of Olympic-themed emojis intended to coincide with this year’s Rio Olympics as Rifle shooting is an Olympic discipline, such as emojis for gymnastics, handball, water polo, a person performing a cartwheel and a series of gold, silver and bronze medals.

An archived Unicode page has described the different possible use cases for the rifle as marksmanship, sports shooting, and hunting.

A  British gun control group, who also protested against the rifle emoji stated that it would be “be familiarising and popularising the image of a weapon” and that this was a bad idea.

Unicode President Davis defended the initial idea, noting that the rifle had been only included as a symbol for an Olympic sport, but admitted that some people were bothered by its addition. 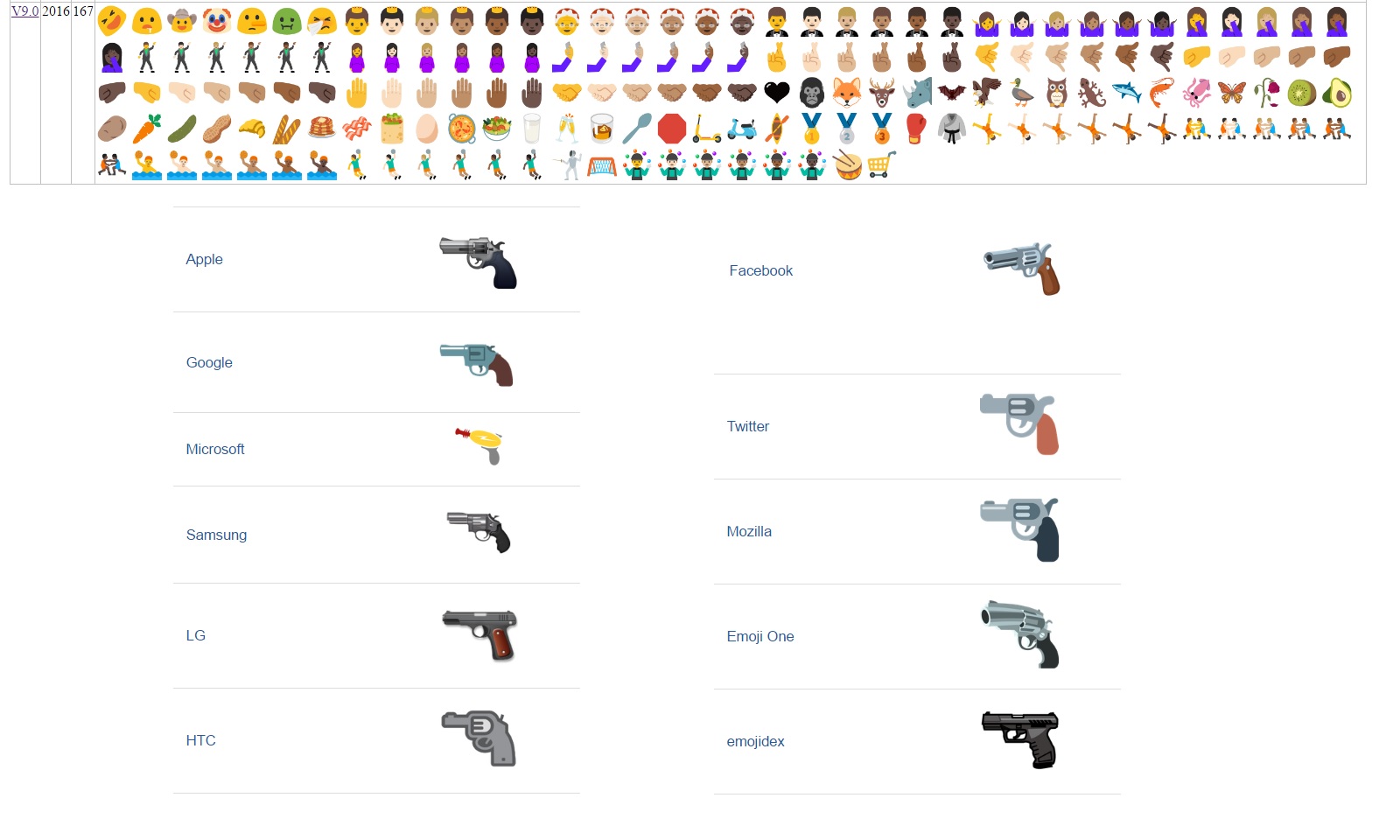 Some Unicode members affirm the considerable influence of tech companies over emoji decisions, including a recent proposal that will require major emoji vendors such as Apple, Google and Microsoft to support the adoption and ‘wide deployment’ of an emoji in order to make it an approved candidate.

“There is more public awareness of [emojis]: more public pressure to implement them, but also more public scrutiny of them. Hence, it makes sense to first make sure that there is reasonable commitment to significant support before encoding,” the proposal read.

“These are the companies who are having to encode them and then update their software. They’re doing the most work. It makes sense for them to say, ‘at least one of us should be willing to support this to move forward,'” the Unicode member said. “I think what we’re seeing here with the rifle, is these big vendors and tech companies truly realizing what a big deal these emojis are.”

Millions of people use emojis on Apple’s software platforms, with the company announcing this year that it delivers as many as 200,000 messages per second across iMessage.

The company received flak due to the existence of a gun emoji on its keyboard, but is now praised for the decision to not include the rifle emoji. However, the rifle will still show up in the official Unicode Character Database and will simply not appear on any standard emoji keyboard.