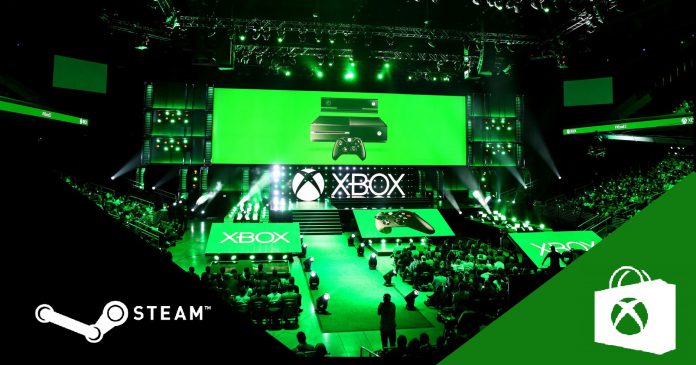 In Giant Bomb’s E3 livestream, Spencer affirms there will be more Microsoft releases on Valve’s Steam. Some of its future games will also released on Steam, although he did not specify which ones.

“I look at Steam today, it’s on an incredible growth trajectory. It’s a massive force in gaming; a positive force. I think it will be bigger a year from now than it is today. And five years later it will still be bigger again,” he said. “I look at Valve as an important [independent software vendor] for us on Windows. I don’t think Valve’s hurt by not having our first-party games in their store right now. They’re doing incredible well. We will ship games on Steam again.”

One step towards cross-platform service

However, Spencer also stresses Microsoft’s goal of building an own Xbox store for the PC. While this means the new integrated store might be a direct Steam competitor, the Xbox head believes this will benefit both sides in the long run.

Thanks to Microsoft’s cross-platform strategy you can already play Xbox games on Windows 10 PCs. Realizing Xbox as a service idea is therefore just the next step of merging the Xbox Store into the Windows Store.

The effort will seem to push through despite poor sales of Microsoft’s PC game releases on the Windows Store.

“They all haven’t gone swimmingly. Some of them have gone well,” he explained. “Forza 6 Apex did well. Quantum Break wasn’t our best PC release. Killer Instinct did well on PC. Gears of War Ultimate Edition was OK–we definitely learned there.”

Spencer has taken the opportunity to address some concerns of consumers, including those of Epic Games founder Tim Sweeney who has doubts on Microsoft’s Universal Windows Platform (UWP).

Sweeney previously accused Microsoft of monopolizing PC development with the UWP. In the interview, Spencer says he is on good terms with Sweeney, calling him a close friend and someone he speaks with frequently.