An August 2015 ruling by the US National Labor Relations Board that gave companies more responsibility for contract workers has been opposed by Microsoft. The company is now asking the federal court to throw out the ruling and the case is now being considered in the U.S. Court of Appeals.

The decision means companies will have more liability for workers that has been contracted from outside sources, stemming from a California case. Browning-Ferris Industries was found to be a joint employer with staffing agency Leadpoint, leading to the now defunct waste management company facing more liability to contract workers.
The ruling stated:

“In the decision, the Board applies long-established principles to find that two or more entities are joint employers of a single workforce if they are both employers within the meaning of the common law.”

Microsoft has argued that the decision is too broad and businesses are concerned that the ruling could disrupt the business-worker relationship. Redmond and HR Policy Association submitted a joint brief that opposes the change, explaining that companies may be worried about taking on contract staff if they feel they will become a liable employer.

In response to the ruling, Microsoft said in a statement that “Companies with existing CSR initiatives now have a strong incentive to terminate them, and others considering such policies will be more likely to table their plans.”

Some disagree with Microsoft and think the ruling does not necessarily set an unwanted precedent. Samuel Estreicher, director of New York University’s Center for Labor and Employment Law told Reuters in a statement “The board’s decision could use some clarification but does not jeopardize a company’s corporate responsibility policy for its vendors and suppliers, providing Microsoft or other brands do not control or purport to control day-to-day labor and personnel decisions of the suppliers,”. 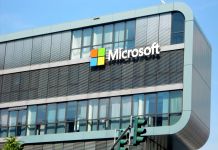 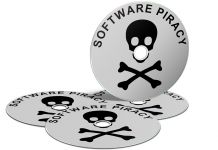