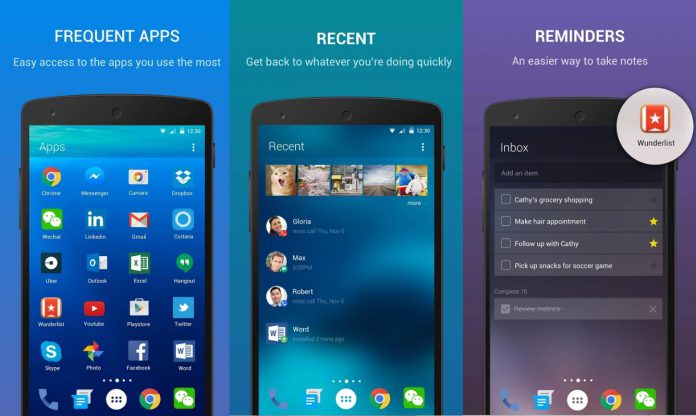 Arrow Launcher for Android is a part of Microsoft’s cross-platform development efforts. The alternative launcher makes it easier to organize and manage applications and also provides features to facilitate battery and memory-saving.

It has a customizable dock that allows access to frequently used apps, airplane mode, Wi-Fi, Bluetooth and other functionalities. Users can also access recent apps, files, photos or contacts quickly with the Arrow Launcher’s Recent screen, akin to some iOS 9 features.

Like other Android launchers, the Arrow Launcher can re-arrange pages, organize and use widgets and theme icons.

In its v1.1.2. update last March, the Arrow Launcher featured more material animations and a 20% performance increase. It also brought back the App Info button and added back pagination for the Windows Page.

In the v1.4. update, the Arrow Launcher now offers the following changes:

Released by Microsoft Garage, the Arrow Launcher is a follow-up to Android applications such as the Next Lock Screen, and Android Wear search assistant Bing Torque.

Microsoft Garage is Microsoft’s internal research and development group that explores experimental projects. It has numerous applications on it workbench that can be test-driven for free.