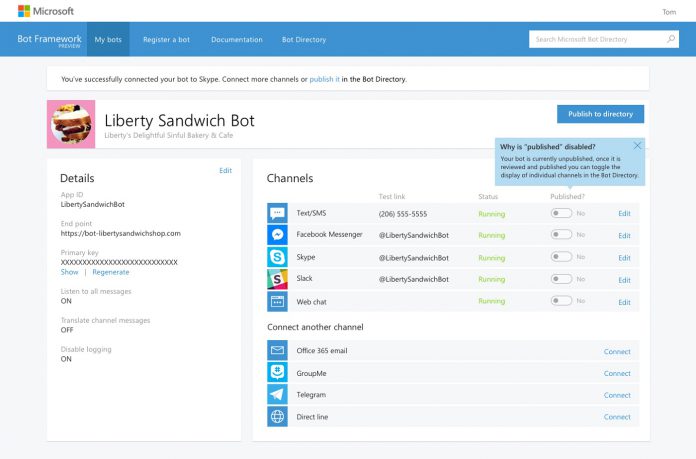 Microsoft has done a lot with bots so far this year, especially in Skype when the company announced the bot platform at BUILD 2016 earlier in the year.

The company is now inviting developers to build their own bot at the Skype Palo Alto even on June 21 and June 22. If you are interested in creating something at the event, you will have the help of Microsoft experts from Cortana, Microsoft Research, Bing, and the company’s bot oriented AI team.

This is a great opportunity to collaborate with the company in an open manner and get early access to the latest tools and research being used by Microsoft. In an official announcement on the Skype Blog, Microsoft says that it will be handing out prizes for the most innovative and interesting bots.

Microsoft announced bots for Skype at Build and later introduced the platform for Web and Mac OS. The Skype Bot SDK gives developers easily accessed tools and a platform to interact with fellow bot-makers to share creations and ideas.

Aside from its Skype Bot platform, Microsoft has been dabbling in its own bot creation recently. The company’s Tay chat bot caused a Twitter storm earlier in the year with its dubious learning capabilities, while just last week we discussed the Murphy bot, which claimed it could predict which Euro 2016 team you support.

Prizes are not limited to bots created at the event, and will also include pre-built bots. If you are interested then you can reserve a place now; Microsoft says space is limited.

Microsoft Teams and Skype to Become Connected in April