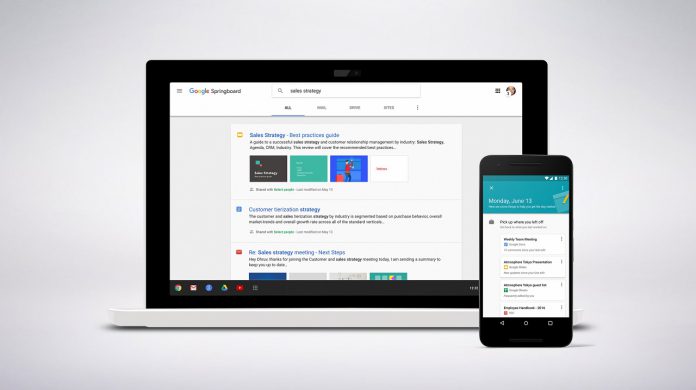 Google Apps may be making a big impact in the mobile space and making inroads to the business community, but for productivity, Microsoft’s Office suite is still the go-to choice for enterprise and consumers. However, Google is now leveraging its advantage in internet search in a bid to give Apps a platform to take the fight to Microsoft.

The company announced a new product called Springboard, which works within Google Apps for Works and allows users to search through all data across the applications within the Apps suite. Google is, of course, the leading internet search provider and is hoping to use that advantage in a bid to bring Google Apps closer to Microsoft Office.

While Springboard appears to be a simple search function that works across Google Apps, it actually has more features, such as a suggestion tool that automatically recommends files. This is achieved by either offering your latest files of by an AI that learns your habits and guesses what files you may need.

“The idea is you shouldn’t have to think about it, it should just work,” Google Director of Product Management Ryan Tabone says.

Springboard is available immediately to some customers, but will be rolled out in full later in the year, the company said in the announcement. Tabone says Springboard gives the most complete access to customers growing data in a simple but powerful search function.

“Google Springboard helps you find the right information that you need at the moment that you need it. It searches quickly and easily across all of your information in Google Apps including Gmail, Calendar, Docs, Drive, Contacts and more. Springboard also assists you throughout your workday by proactively providing useful and actionable information and recommendations.” 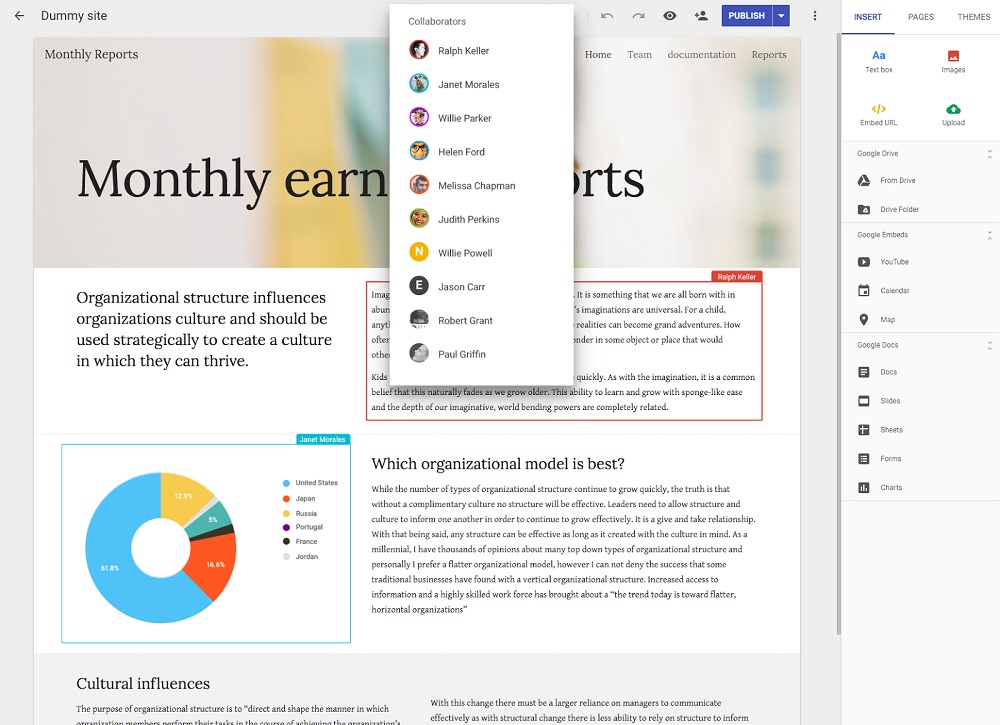 Mountain View had another announcement today that will likely appeal to enterprise users. The company launched a new and enhanced version of Google Sites, a website building tool for companies. However, the new version is a much more open experience which will allow anyone build their own website.

The new Google Sites is only in preview at the moment.