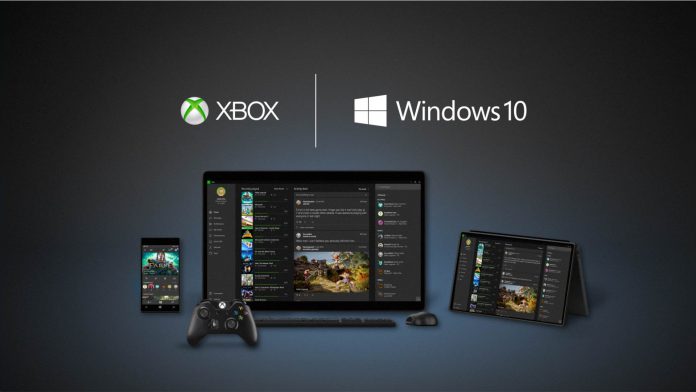 This is the summer of the Universal Windows Platform (UWP). Microsoft’s plans for its one ecosystem platform are firmly underway and ahead of UWP going fully operational with the Anniversary Update, Microsoft is gearing the Xbox One for Universal Windows 10.

One of the key integrations of Windows 10 and Xbox One will be the merging of the Windows Store into a single service that is available equally on PC and console (also mobile). We explained last week how preview builds are already starting to hint at this feature coming to fruition and today at E3 Microsoft is likely to expand on it further.

Before that, users can now see Xbox games listed within the Windows 10 Store, even if they are browsing it on PC. Heading to the Game section of the store and then to the My Library page shows a list of Xbox One titles, but they are grayed out and unavailable on PC and mobile. However, they do come with trailers and clips, like in the Xbox Store.

The idea of the Universal Windows Platform is to create one OS that works equally across all form factors, giving users the freedom to move apps and games around Windows 10 devices. Eventually, it will be possible to purchase the Xbox One game on the Windows Store for PC and play it through the Xbox One later.

Microsoft is even said to be developing a streaming feature that will let the Xbox One game be played on the PC. Deeper than that, the company is planning to create an Xbox One dashboard and UI for Windows 10, allowing PCs to become Xbox consoles.

The main UWP features will not be rolled out until the Windows 10 Anniversary Update makes its debut next month. However, Microsoft should be discussing the platform extensively at E3 in a few hours’ time, so be sure to check back with us for all the news from the gaming expo.