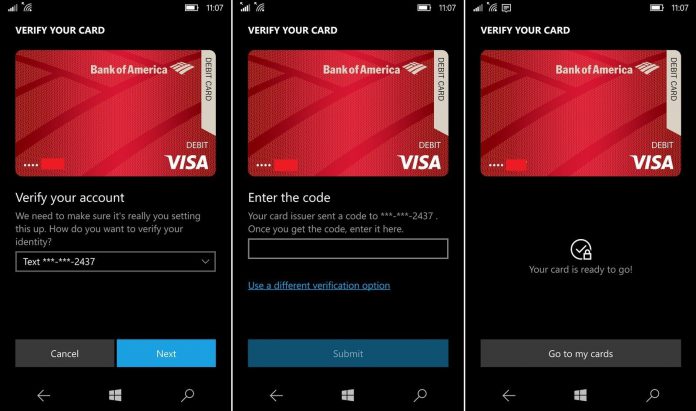 The app will be available in the Windows 10 Mobile Anniversary Update (nicknamed Redstone 1) this July. Wallet 2.0 will utilize Host Card Emulation (HCE) that should allow the app to work in places that accept NFC payments.

The app has different options for credit, debit, loyalty or membership cards. Users can register multiple cards and choose one as the default card of his or her choice.

For loyalty and customer cards

Daniel Rubino from Windows Central was able to do successful testing using a Bank of America card registered in the Wallet 2.0 app with the NFC reader of a McDonald’s branch.

“I ordered up a Double Quarter Pounder with cheese to celebrate because I have not eaten at McDonald’s in about a decade. At the moment of truth, I tapped my phone to the NFC reader and sure enough… it worked! My payment went right through.”

Notably, Bank of America Business MasterCard and American Express Corporate Platinum are not eligible for Tap to Pay yet, as is the case in Apple Pay.

A plan in motion

Microsoft has already announced plans for NFC payment technology using HCE last March 2015, which is also used by Visa, Mastercard and Amex. In October 2015, Microsoft corporate vice president Joe Belfiore confirmed a move towards a digital wallet concept, saying that Windows was going to have a wallet concept and that they were going to think about the range of payment scenarios.

Microsoft has made previous mobile payment efforts on adding a Tap to Pay app in its Windows Phone, one of them being Softcard’s app in 2014. However, it was later shut down after Google acquired the company. 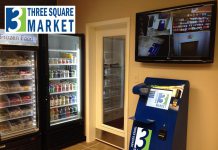