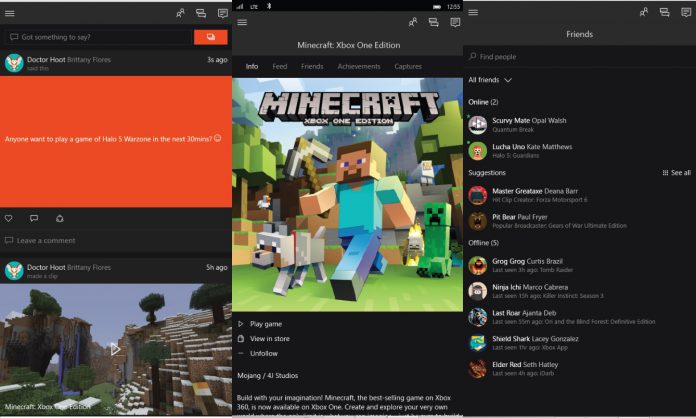 The update comes just hours before Microsoft’s E3 press conference this year, where the company is expected to unveil new games and a new Xbox One S console, which was leaked earlier today.

The improved Xbox apps allow users to access their console from mobile devices or with another Xbox One.

Gamers can use the Xbox app home as an activity feed to access shared game screenshots from connected friends. Microsoft has added game hubs for titles and a new media control function to the Xbox interface.

Access to friends, messages and notifications have been streamlined into the main interface like in Windows 10. Other features such as streaming or support for access to party chats might be added in the future.

Users with the app installed on their mobile devices can see their friends’ activities on Xbox Live, share updates and game clips, interact with game content, and buy games from the store.

Xbox One users can use the app to navigate using the device’s keyboard and touch functions and also use the app as a media controller to play and pause music.