BitTorrent giant uTorrent was subject of a major hack last week, an attack that breached the community forums and exposing the private details of 35,000 users. The hack was reported to the biggest BitTorrent client on the internet by a vendor and seems to have accessed user account details and passwords.

As the most frequented BitTorrent client, uTorrent has amassed a strong community on its public forums, with 388,000 of its 150 million monthly active users forming the boards. Only 35,000 of those users were breached, which is still constitutes a substantial private data loss.

BitTorrent Inc., the company that owns uTorrent said that the threat did not come from within its own forums, but was a vulnerability that came indirectly. At the time of the vulnerability the company posted a security alert on the forums, while emails were sent to users to warn them of the breach. Needless to say, the prompt was to change account details to avoid being hacked. 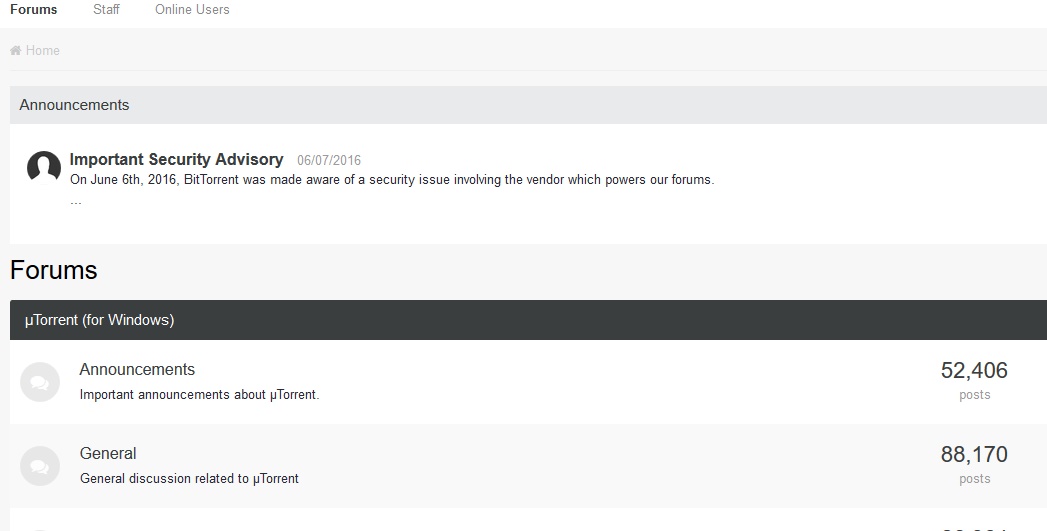 During the breach last week, uTorrent was confused as to the nature and size of the attack, which was later revealed to have affected 35,000 users.

“We are investigating further to learn if any other information was accessed. Our vendor has made backend changes so that the hashes in the file do not appear to be a usable attack vector,” the uTorrent team said.

“As a precaution, we are advising our users to change their passwords. While the passwords may not be used as a vector on the forums, those hashed passwords should be considered compromised,” they add.

The breach is the latest in a string of major attack on established internet powers, with the most notable being the LinkedIn password breach of 2012. The business social network, which was purchased today by Microsoft in a $26.2 billion deal, revealed the scope of the attack this year, with 117 million member passwords leaked.

Hackers Took down The Weather Channel for 90 Minutes

BitTorrent to be Acquired by Decentralized Computing Specialist Tron