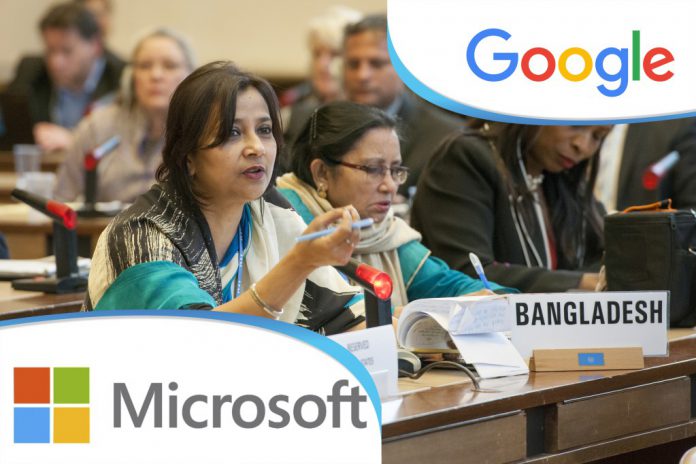 This is amidst the rise of brutal killings of secular bloggers and minorities by Islamists since 2013 that claimed lives of at least 30 bloggers, atheists and secular intellectuals.

“After intense discussion with Google and Microsoft, it has been agreed that they will respond to requests with 48 hours,” Halim said.

Google agreed to remove videos from Youtube following requests from the government. Halim added also Facebook and Microsoft will help manage “inappropriate content” on their services.

The Bangladeshi government previously suspended the use of Facebook, its Messenger app, and messaging services such as WhatsApp and Viber in 2015 for almost a month to curb militant and terrorist threats in the country.

This is on top of a three-month agitation by the Bangladesh Nationalist Party-led alliance, the death of two foreign nationals, and an attack on a police check post which prompted swifter action from the government.

The police added they had trouble tracking down criminals that were using the aforementioned applications to communicate. This urged Halim to write to Facebook authorities, as well as to air her issues in the site and its messenger app.

Facebook’s bi-annual Government Request Report released last April showed that it responded to the Bangladesh government’s request for the first time last year. Between July and December 2015, Facebook had taken action on 16.67% (12) of the government’s requests which affected 31 Facebook user accounts.

Unfortunately, the government’s request on 37 user accounts between January 2013 and June 2015 failed to evoke a response from the social media site.