Though LastPass already appeared with the previous Windows 10 Preview build, its official release wasn’t officially confirmed. Some users who were able to install it, reported unexpected errors that made using it basically impossible.

As stated by Microsoft, the official version of the LastPass Extension for Edge still has some technical issues as it is still in its early stages.

The common errors encountered with LastPass are: 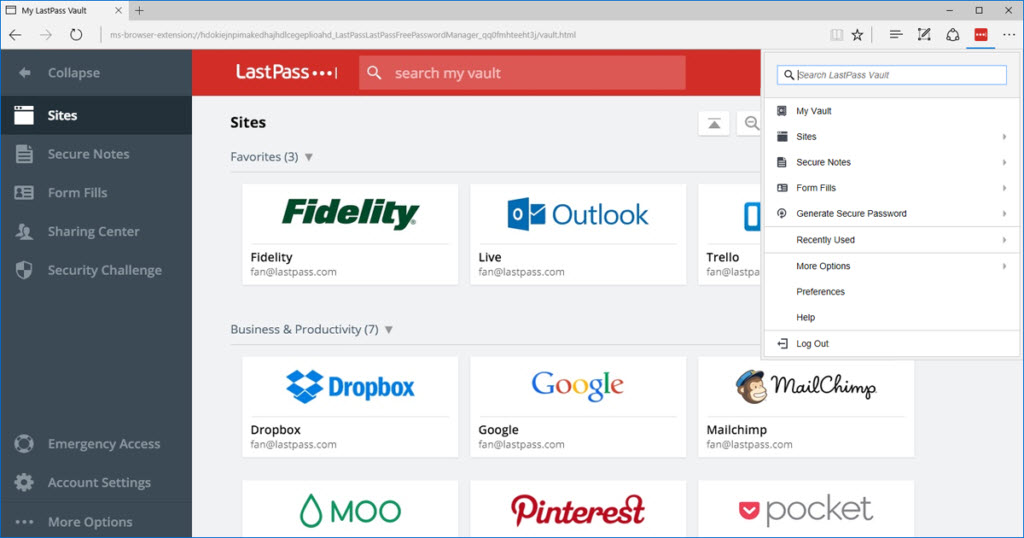 As an extension for Google Chrome and Mozilla Firefox, LastPass has been a popular password manager for quite a while. The Mozilla Add-On Database counts more than 760.000 users and on Google Chrome the count is above 4 million active users.

The same is expected for Microsoft Edge, which is running on 300 million Windows machines as the default browser.

Given the popularity we can surely expect LastPass to become one of the top-extensions also for Microsoft Edge, which is running on 300 million Windows machines as the default browser.

The features LastPass offers on Google Chrome are:

As of now, LastPass is available only to Insiders running the latest Windows 10 Preview build. It should reach regular users with Windows 10 Anniversary Update.