Microsoft has been passing its love around like confetti recently and the company just adores cozying up to other platforms and services these days. The latest to get the kiss and cuddles treatment from Redmond is FreeBSD 10.3, with the open source Unix-like OS released as a “ready-made” VM image on the Azure marketplace.

The release makes the process of running FreeBSD on Azure much easier, forgoing the previous method of using a custom image sourced from somewhere else. Microsoft’s “ready-made” offering ensures official support from its engineers, with the company pointing out that it publishes the image and not the FreeBSD Foundation.

Microsoft explained the necessity of supporting the operating system in Azure thusly:

“Many top-tier virtual appliance vendors base their products on the FreeBSD operating system. Over the past 2 years, we’ve worked closely with Citrix Systems, Array Networks, Stormshield, Gemalto and Netgate to bring their virtual appliances to the Azure Marketplace, and we’re continuing to work with a long list of others for future offerings.” 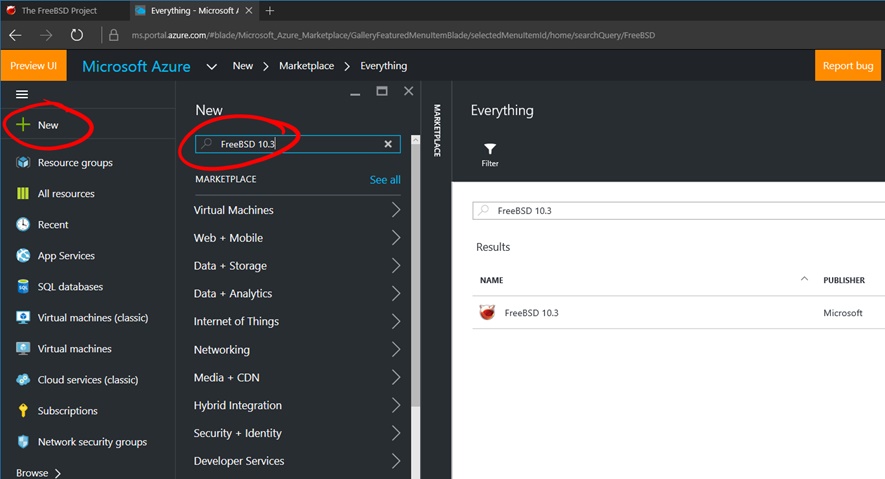 As publisher, Microsoft has made some changes to FreeBSD 10.3, but the company says its kernel level enhancement were “up-streamed”. This means that the performance enhancements made to network and storage are also available to users who download FreeBSD from the FreeBSD Foundation.

“In order to ensure our customers have an enterprise SLA for their FreeBSD VMs running in Azure, we took on the work of building, testing, releasing and maintaining the image in order to remove that burden from the Foundation. We will continue to partner closely with the Foundation as we make further investments in FreeBSD on Hyper-V and in Azure,” said Jason Anderson, Principal PM Manager at Microsoft’s Open Source Technology Center.

Azure VM Guest Agent will be used for communication between Azure Fabric and FreeBSD 10.3 for enabling functionality on VM Extensions and provisioning first use VM. Microsoft also said that it offers “selective” ports of BSD drivers back as far as version 8.4 of the OS, while saying users can bring their VM images from older versions, but says performance and stability could suffer.

“Our intent is to stay current and make available the latest releases shortly after they are released by the FreeBSD Release Engineering team,” wrote Anderson.