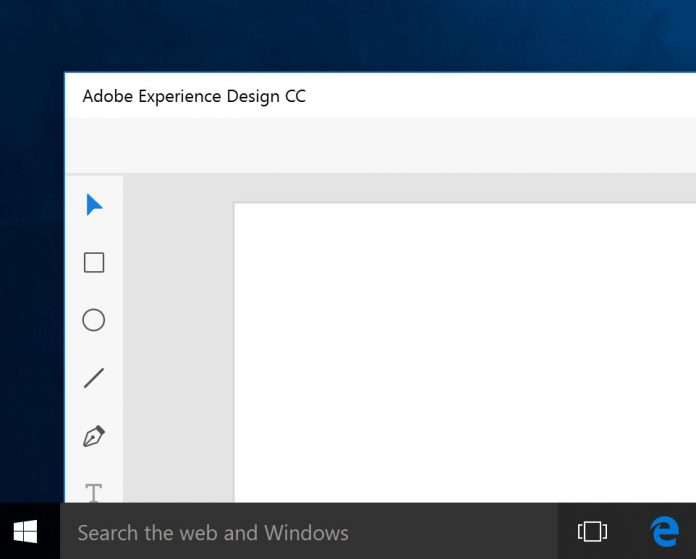 According to the tweet, the app still in its early days, but will make its way by the end of the year.

Well, hello @AdobeXD on Windows 10… lots of work to do, but it's real. On track for a release later in 2016. pic.twitter.com/RCVa1zi7OS

Answering a question from a Twitter user, Andrew later added that this will be a Universal Windows Platform app. The app will thus work not only on PCs running Windows 10 but also on Windows 10 Mobile with the same design and features on all devices including smartphones and tablets.

What is Adobe Experience Design CC?

Adobe Experience Design CC enables developers to design and prototype websites and mobile apps. The app is basically a WYSIWYG platform for designing user interfaces for an application.

Its simple drag-and-drop mechanics simplify UI/UX design complexities and allow developers to quickly design apps and interfaces from their Windows 10 devices. It is available for OS X users and is likely to go live on the Windows Store in coming months, just like most of the other Windows 10 apps.

Microsoft has been betting big on Universal apps for Windows 10 and it seems that Adobe and other important software developers are actually interested in the company’s UWP approach.