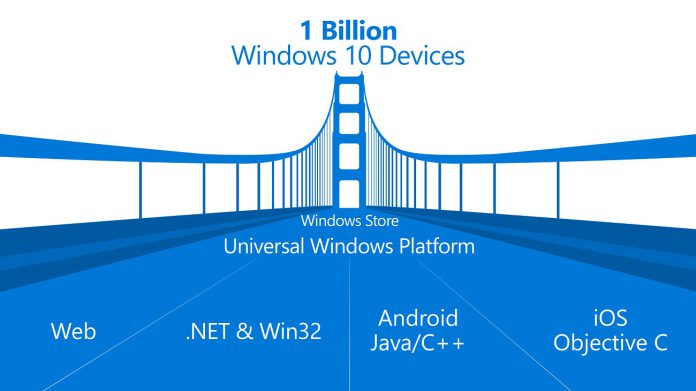 The Windows Bridge for iOS is receiving an update today Microsoft announced, giving developers and easier path to bring their applications from iOS to the Windows Store. The upgrade includes support for a number of popular iOS APIs, which will remove layout constraints for developers. Integration with the official CoreFoundation has also been added in this update.

Microsoft’s Windows Bridge for iOS is a hugely important tool for the company’s Universal Windows Platform (UWP) concept. It gives developers the chance to easily bridge their apps from Apple’s platform to Windows without needing to get bogged down by writing new code. Microsoft’s plan is that UWP and the bridge will entice developers to launch more apps on the Windows platform.

There was once an Android bridge that served a similar function, but earlier this year Microsoft decided to move ahead exclusively with the Windows Bridge for iOS.

Included in the latest update for the iOS bridge is integration with the CoreFoundation framework, the source code for which was released last December by Apple. This is important for the UWP because many apps on iOS have CoreFoundation underpinning them.

Giving developers the ability to make their apps look the same on Windows as it would on iOS is important in terms of making the bridging process simple. Microsoft has supported numerous common iOS layouts since the launch of the Windows Bridge for iOS, and the latest update adds NSLayoutAnchor and UILayoutGuide to Auto Layout. Microsoft explains the layouts in its official blog:

“In iOS 9, Apple introduced two new classes designed to simplify adding layout constraints to views: NSLayoutAnchor and UILayoutGuide. This greatly reduced the amount of code required to create simple, edge-anchored layouts that scale properly when the host screen or window is rotated or resized.”

Microsoft has also launched a sample repo on Github, which will be frequently updated with example code, apps, and documentation.