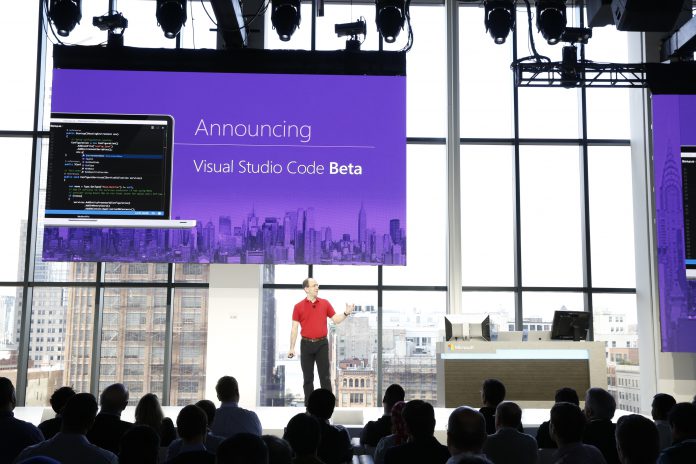 Visual Studio Code is getting plenty of new features in the May 2016 update which was announced by Microsoft on Monday. The release comes with some new functionality and features, while Microsoft has also packaged in the usual bug fixes, performance enhancements, and general tweaks.

The open source editor and debugger that developers can use to make JavaScript and TypeScript web-editing easier has been doing well for Microsoft. The company announced in April that Visual Studio Code has half a million active users since being launched in August 2015, and has been installed more than 2 million times.

Several new features are making their debut on the service this month, including the ability to cut away automatically inserted whitespace in the Editor. Microsoft has also rolled out an integrated Terminal in the Workbench, which allows users to keep using Visual Studio Code in a platform shell.

As well as adding several new features, Microsoft has also squashed some known bug in VS Code. Chief among them is an issue where the service would slow down when in offline mode.

A recap of the update to VS Code include the following additions:

Editor: Ability to trim automatically inserted whitespace, a new key binding to select all find matches, and the Peek view is now resizable.

Languages: Code completion (IntelliSense), Go To and Peek Definition, and Find All Occurrences support for CSS variables in CSS, SCSS, and LESS files.

Workbench: A new integrated Terminal allows you to stay in VS Code while using your platform’s shell, we’ve added the ability to remove key bindings, and we’ve made progress on Tab support.

Debugging: You can now control how the Debug Console is revealed, and we’ve improved stepping performance for Node.js applications with large numbers of local variables.

Extensions: You can now list, install, and uninstall extensions from the command line. For extension authors, we’ve expanded our debug, TextMate grammar, and command APIs, and we’ve improved the Language Server Protocol.

As well as the following fixes to the software: