Expect Microsoft to really kick its Universal Windows Platform (UWP) ecosystem into full gear in the coming months with the Windows 10 Anniversary update. Another piece of the UWP puzzle has fallen into place today as the company announced that the Cortana virtual assistant/voice recognition system will be coming to the Xbox One.

As well as bringing Cortana to its home console, Microsoft also discussed the Universal Windows Platform and its relationship between Windows 10 and Xbox. The abilities of Cortana are already put to good use on the company’s Windows PC and mobile platforms, and the assistant should prove to be an improvement over the current voice command system on the Xbox One and Kinect.

Mike Ybarra, Director of Program Management for Xbox, said in a blog post that there will be two updates over the summer that will add new features to the platform:

“Starting this summer, Xbox One and the Xbox app will receive the first of two updates that will help you stay connected with friends on Xbox Live and enjoy even more games across your favorite devices. Cortana will come to Xbox One; the Xbox and Windows Stores will start to become unified.”

Cortana will only be available on the Xbox One in preview at the moment, while it will be limited to users in the U.S., U.K., France, Italy, Germany and Spain. Microsoft says the VA will provide a “familiar” experience and will work on headsets and Kinect for the console. The software can be used to find games in the store, look for friends, and complete tasks like power up/down the console. 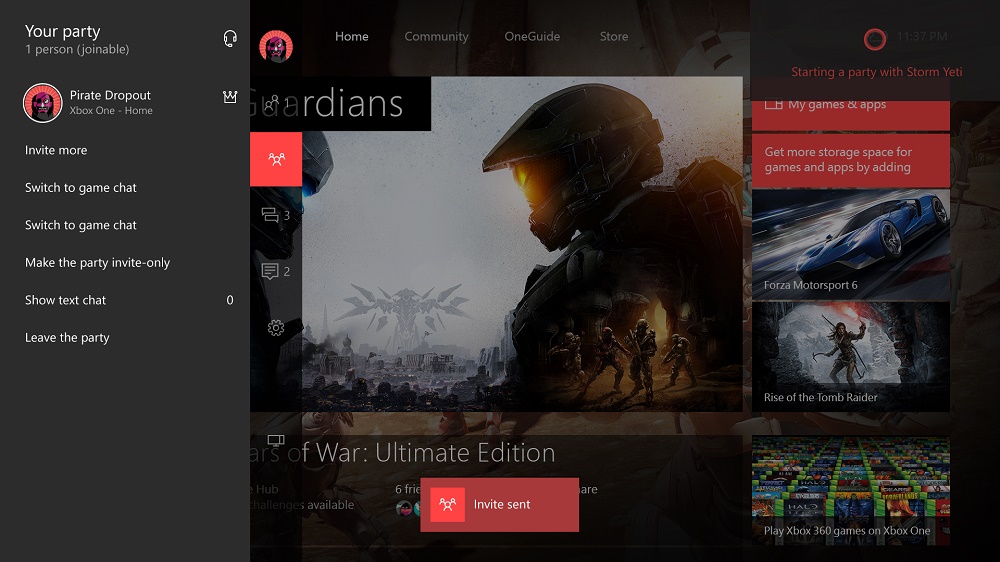 Albert Penello, senior director of product management and planning at Microsoft, explained Cortana’s functionality in an interview with GamesBeat, saying gamers can start by saying “Hey Cortana, Xbox on.”

Penello also showed that the system is smart enough to understand there are three different Killer Instinct titles (when asked “Hey Cortana, I want to play Killer Instinct”) and will show all three games to the user. Conversational language compared to the old Xbox One voice commands means Penello could say “the third one” and Cortana would understand what he meant.

Microsoft also announced that Facebook Friend Finder is also coming to the Xbox One this summer, allowing users to find and add friends from the social network. The company has also simplified some sections of the console, such as the ability to share in fewer steps and an easier to use interface for Game Collections.

A unified Windows Store across all platforms and including Xbox One has been discussed since the early days of the UWP idea, and Microsoft discussed it further at Build 2016 earlier in the year.The integration of the Universal Windows Platform on the Xbox One means more applications will be available in the Windows Store, which will come to the console with the Windows 10 Anniversary Update.

While these are the core features being announced by Microsoft today, the changes coming to the Xbox One are pretty extensive, so it is worth checking out the full blog post to see the lot. We also expect the company to discuss many of these features at the E3 show this month.