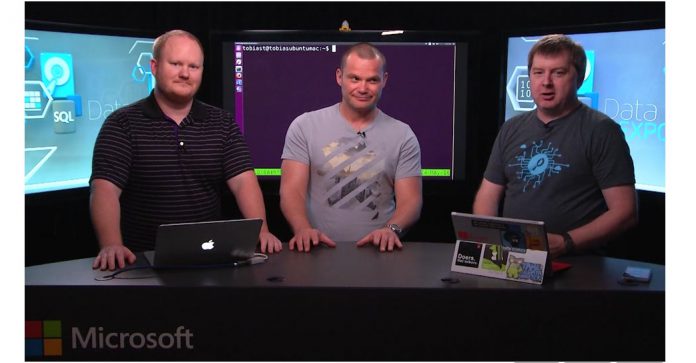 There has been plenty of big news dropped regarding SQL Server this year, not least including the release of SQL Server 2016 on June 1. However, arguably the most exciting news has been Microsoft’s decision to deliver SQL Server on Linux to the masses, and now the company has shown a demo called “just an SQL only on Linux.”

Engineers Tobias Ternstorom and Slava Oks were showcasing SQL Server on Linux on the latest Data Exposed show on Microsoft’s Channel 9. This is only a quick run over some of the functionality from SQL on Linux, but it is plenty enough to get those awaiting its launch excited.

At the moment, Microsoft is taking onboard people to test previews of SQL Server on Linux, but the company is only taking on limited amounts. While most have been excited about the prospect of SQL Server coming to the open source platform, some have worried that Microsoft would not do it right and not do justice to Linux.

While the video is obviously not definitive, it seems that Microsoft has managed to get the Linux running SQL Server operational on a level that matches the Windows version. In the video the engineers highlight the process of downloading and installing an SQL Server configuration, and it seems that any app or tool that was available through Windows will be available on Linux.

Check out the video below and let us know what you think.