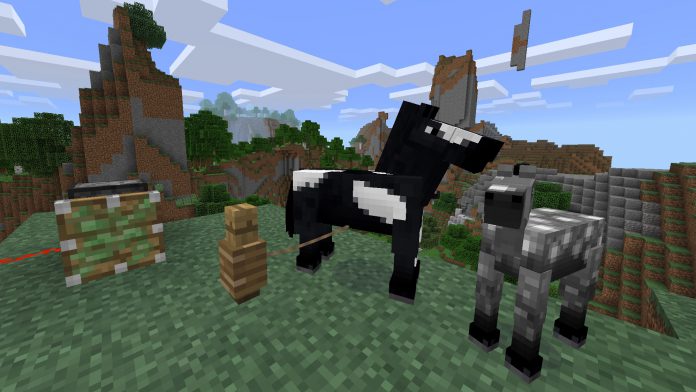 Minecraft developer Mojang said it will add a much-requested feature to the Microsoft-owned game in an upcoming update. The company announced a beta update for the Windows 10 edition today that will allow players to use pistons when they are creating their worlds in the block sandbox game.

As well as being an update for Minecraft: Windows 10, the so-called “The Friendly Update” (0.15) will also be rolling out to Pocket Edition users of the game. At the moment, the upgrade is only in beta, but it will be launching to end users soon and brings a host of new features with it. Among them is pistons and sticky pistons, which Xbox Wire said has been a much-requested feature:

“Pistons have been a top-requested feature from the Minecraft community for a while, and we are excited to bring both standard and sticky pistons to players soon, which will enable you to build even more complex buildings and contraptions within the Pocket and Windows 10 versions of Minecraft, such as draw bridges and trap doors, to name a few.”

Other notable new additions in the upcoming Friendly Update will be Xbox Live achievements on Android and iOS, Online Multiplayer with Xbox Live friends, a new menu UI, new villages, new monsters, and even a surprise which Mojang describes as “Mysterious, as-yet-unspecified friendliness.” And how could we forget that you can now also ride pigs!

Just yesterday Microsoft announced that Minecraft has surpassed the 100 million sales mark globally, making it the second best-selling title in game history. With over 65,000 copies of the game being sold every day, there is good reason why Mojang should keep interest fresh with new updates.

You can check out the full changelog at Mojang’s official site at the source.