Microsoft has announced that starting today (June 1) its Cloud App Security Service will be integrated into the Office 365 suite for subscribers to use. The feature arrives in a new guise, namely Office 365 Advanced Security Management, and boasts a number of new features for commercial users of Office 365.

The overall project is the result of Microsoft’s acquisition of the Adallom cloud-based security firm back in April and brings app security to the company’s cloud-based services.

Among the new tools that Office 365 commercial customers can use is threat detection (below), which allows users to set up alerts for potential breaches. The Anomaly detection tool scans content through over 70 different criteria to determine if it is secure. Advanced Security Management will also allow users to decide what action to take on specific items that have been given a threat-level score. 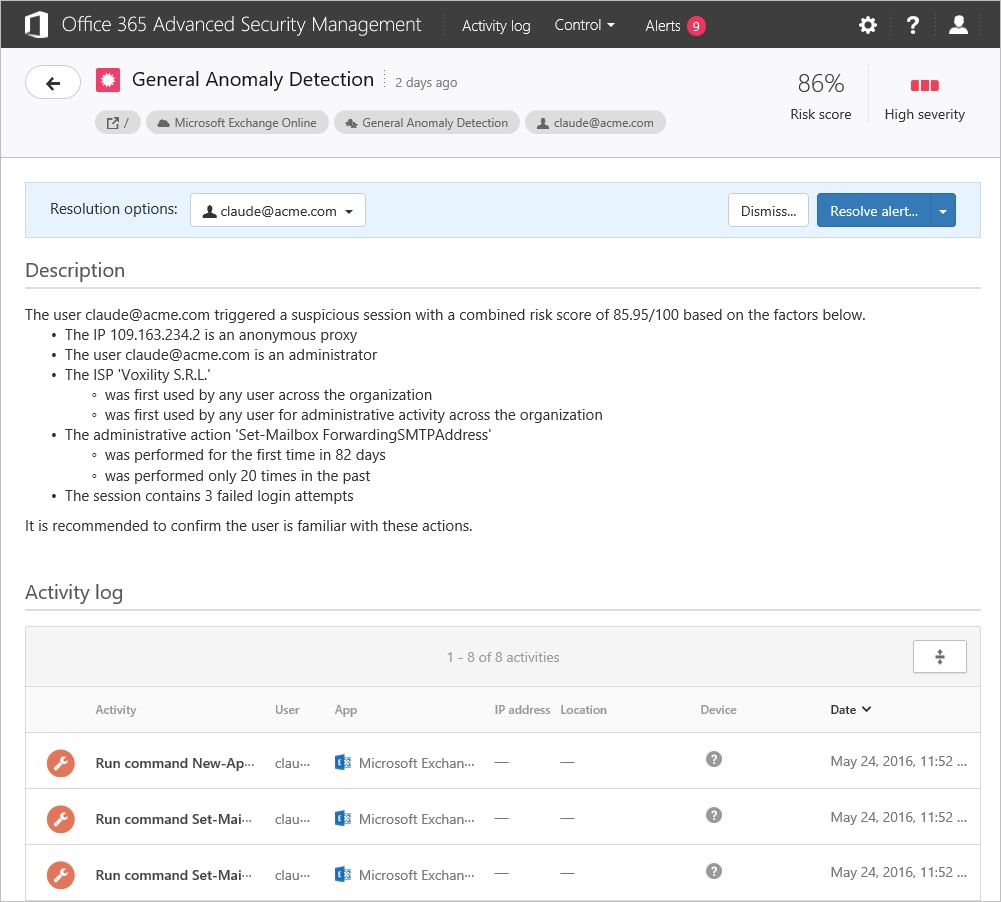 Enhanced control gives IT more management options over users on a system/network, allowing admins to track specific activities. This could be a case where a large amount of data is being downloaded or there have been multiple sign-in attempts on an account. With enhanced controls, admins can now detect the user and device being used to check if it is a legitimate process.

“With the ability to discover about 1,000 applications in categories like collaboration, cloud storage, webmail and others, IT can better determine the extent to which shadow IT is occurring in your organization. Advanced Security Management will also give you details about the top apps in each category. For example, you can see how much data is being sent to OneDrive for Business, Box, Dropbox and other cloud storage providers.”