E3 2016 is kicking off in two weeks, so expect rumors and leaks to start coming at a steady rate in the lead up to the event. Microsoft has some big plans that could include a slimmed down Xbox One, but there could be some other exciting new if the company introduced the ability to stream Xbox games to Windows 10 Mobile devices.

Microsoft will do just that at E3, according to Reddit user eric5949, who says the new Windows 10 Mobile Xbox application will show a “play from console” button. Those familiar with the app will know at the moment the button reads “play on console” so there could be a change in the function of the button.

Of course, the ability to stream Xbox One games is not new to those running Windows 10 on their desktop hardware, it has been a feature on PCs for a while. Microsoft is currently developing its Universal Windows Program (UWP) ecosystem and the new Xbox app will be a UWP service. 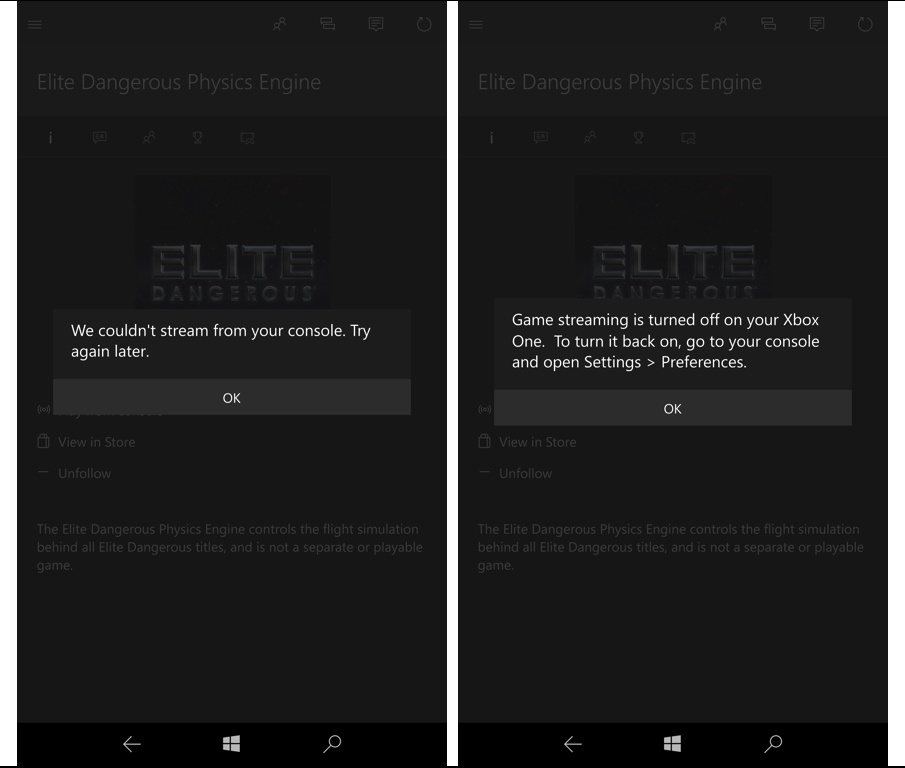 As a UWP app, it will deliver the same features and functionality across multiple form factors, so the Xbox One game streaming should logically make the journey from Windows 10 to Windows 10 Mobile.

Even Microsoft has hinted at this eventuality. For example, the company showed an Anniversary update feature that would add support for an Xbox One controller on Windows 10 Mobile. While this was to highlight the Continuum feature, it stands to reason that game streaming would use the gamepad, which can be plugged into a handset via an adaptor.

Game streaming to Windows 10 Mobile could be one of the main launch features for the new (still rumored) Xbox One slim version. However, as a UWP app, all users of any Xbox One version should get the feature if and when it arrives.