Asus has had a busy day at Computex 2016, bolstering its line of Windows-powered products with the introduction of several new devices. Alongside the luxurious performance oriented ZenBook 3, the Taiwanese company also raised the curtain on the ROG G31 Edition 10, which Asus claims is the most powerful compact gaming desktop in the world.

The gaming PC market is never known for subtlety when naming devices, so the ROG G31 Edition 10 is an unsurprising mouthful. This is a special edition 10th anniversary ROG and it comes with all the bells and whistles you would expect for a machine being touted as a world beater.

In terms of looks, Asus has followed the tried and tested aesthetic path of the gaming industry with a more is best approach. So, grace and elegance are out and in your face angles (Mayan-inspired) and glowing colors are in …. If you like the bold and brash gaming PC market then the ROG G31 Edition 10 should be just to your liking. 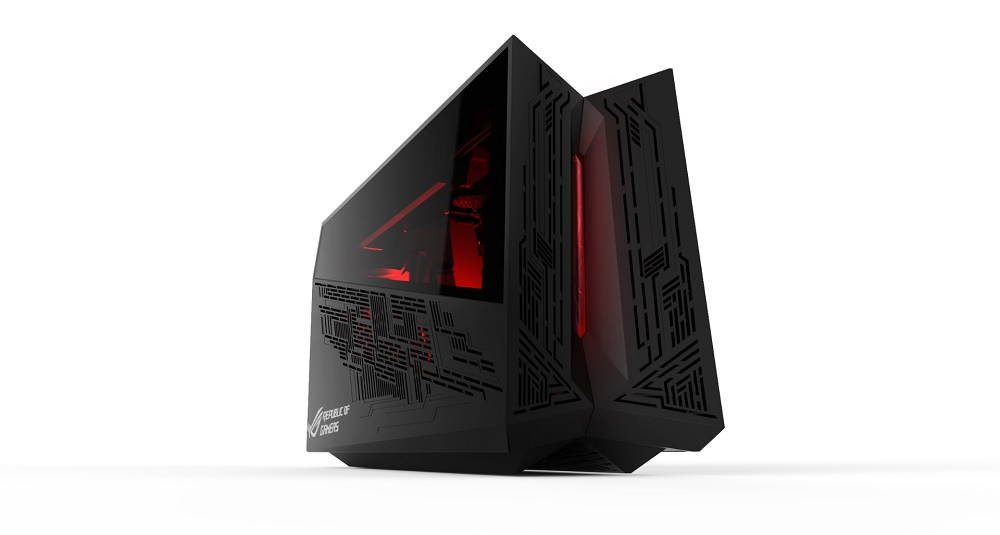 Of course, funky looks aside, a gaming machine is only worth its performance and Asus is pushing this rig as a beat all comers’ kind of PC. It features a small 20-liter chassis, one-click CPU overclocking, and a NVIDIA GeForce GTX 1080 GPU with 2-way SLI that will easily support multiscreen 4K sessions.

Asus has kept noise and heat to a minimum with 3D vapor-chamber thermal technology with dual hidden-airflow channels.

Other gaming-oriented devices were also unveiled by the company at Computex on Monday, with the ROG XG Station 2 (above) perhaps the most compelling. The device is an external graphic dock that can turn a laptop into a gaming machine with virtual reality gameplay support.

The device supports the latest NVIDIA GeForce GTX and AMD Radeon graphics cards and can be plugged in and unplugged without a machine restart.

“ROG XG Station 2 is equipped with Thunderbolt™ 3 and an exclusive proprietary connector that improves performance up to a further 15%. It’s easy to connect and can be unplugged without restarting the laptop — and includes four USB 3.0 ports and a gigabit LAN socket for extended connectivity and convenience”