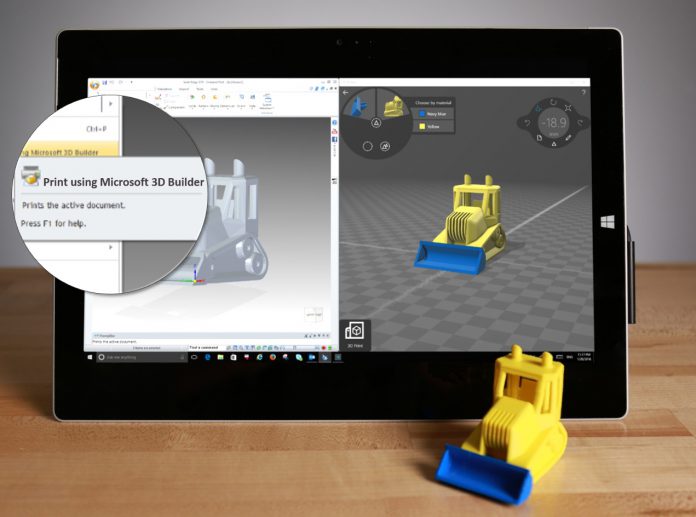 Problems carried over from the previous update for Microsoft 3D Builder have now been solved in this latest upgrade of the 3D printing application.

The Microsoft 3D Builder has been updated today and users can pull in the upgrade via the Windows Store. This update can be viewed as more of a patch as its main purpose is to clear up some issues that have plagued the previous upgrade, which added support for the 3D Scan app.

While the previous update added 3D Scan support and allowed users to import images from a webcam or other external devices, it had several problems that this latest patch fixes.

With those problems cleared up the Microsoft 3D Builder can get back to being a solid app for editing your files before there are 3D printed.

“View, capture, personalize and print 3D models using 3D Builder. Download many kinds of 3D files and edit them using the 3D modelling space. Take a picture with your webcam and make it 3D. Personalize 3D files by embossing your name, or combine models and pieces to make something new. Don’t have a 3D printer? That’s okay – you can order a professional-quality print of your model from inside the app and it’ll be sent to you by the 3D Systems Cubify service.”

Microsoft has crafted a pretty extensive 3D printing application that offers support for a wide range of file types, while it can also link with the company’s Kinect sensor. This allows users to use Kinect to scan objects that are then converted into the app to be 3D printed. Users are able to edit their models before printing, while the app will also automatically make corrections to get the best model.