The company announced Lumia smartphone output will all but cease, raising serious questions about Microsoft’s future in the mobile space. Read the full internal memo announcing the news here.

Microsoft has announced through a memo to employees that it is indeed scaling back its smartphone operations, a week after the company offloaded its feature phone business. It seems that this is a re-strategizing in a category where Windows has found it hard to make an impact, with Microsoft saying it will still be making devices, just not as many.

The news is hardly surprising considering the frequent reports suggesting Redmond is losing patience with trying to crack the mobile phone market. Even more telling is the fact that Microsoft has not launched any new devices this year and has none on the horizon.

It is now clear that the lack of hardware activity was part of a wider plan for the company to draw back from hardware, giving third party OEMs the opportunity to have more presence on the Windows platform. Microsoft has said it wants other companies to step up, but it is admittedly a risky strategy considering the lack of major brand firepower on the Windows platform. 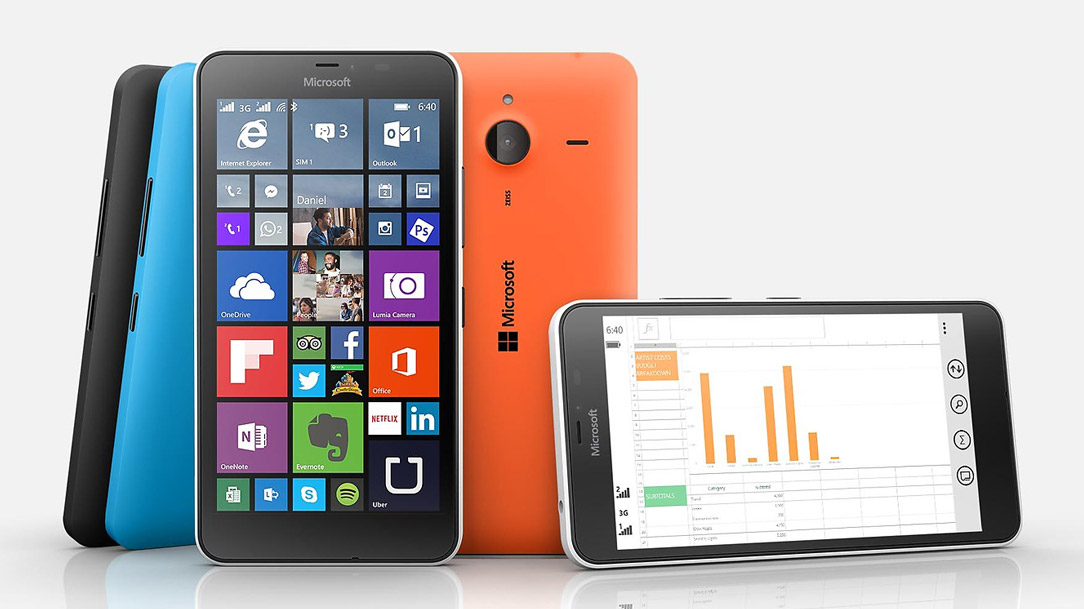 Arguably with less smartphones on the market, Microsoft can focus on building the Windows 10 Mobile platform and work to entice major brands to build for the platform.

Not that the company is leaving the smartphone market entirely, in the memo announcing the changes, Terry Myerson, Microsoft’s head of Windows and devices, said there were “great new devices” on the way. Rumors that there will be no more Lumia devices seen premature, expect there to be some select new handsets in the range.

Microsoft is also said to be working on a Surface Phone, the long mooted superphone that the company is said to be developing. That is not due to launch in 2017 and for the remainder of this year, we are unlikely to see any new mobile hardware from Redmond.

The human cost of Microsoft “scaling back” it mobile operations comes in the form of further job cuts. The company will shed 1,850 jobs in its new plans, on top of the thousands (7,800) who have lost work as the Lumia band has slipped towards obscurity. Job cuts announced today will be largely completed by the end of this year, with the rest to be cut in 2017.

On top of that, the company wrote off another $950 million from its mobile business, further adding to the overall losses from the deal to buy Nokia’s devices and services division. Microsoft has wasted $8 billion in its failed foray into mobile hardware with the Lumia brand.

There is also a question of what now becomes of the Windows mobile platform. Microsoft through Lumia dominates both the Windows Phone and Windows 10 Mobile ecosystem, making up roughly 95% of all sales on a platform that is already declining. It is unlikely other OEMs have the market clout or resources to make up the difference, so recent Windows declines will likely steepen now Redmond has scaled back.

How long until Microsoft shutters Windows as a mobile platform if this continues? It is an awkward question that even executives cannot answer because Windows 10 Mobile is crucial to Microsoft’s plans for a Universal Windows Platform (UWP). The company needs as many platforms as possible to sell its idea of UWP and an ecosystem that travels across devices and form factors.

Here is the Microsoft memo in full:

Last week we announced the sale of our feature phone business. Today I want to share that we are taking the additional step of streamlining our smartphone hardware business, and we anticipate this will impact up to 1,850 jobs worldwide, up to 1,350 of which are in Finland. These changes are incredibly difficult because of the impact on good people who have contributed greatly to Microsoft. Speaking on behalf of Satya and the entire Senior Leadership Team, we are committed to help each individual impacted with our support, resources, and respect.

For context, Windows 10 recently crossed 300 million monthly active devices, our Surface and Xbox customer satisfaction is at record levels, and HoloLens enthusiasts are developing incredible new experiences. Yet our phone success has been limited to companies valuing our commitment to security, manageability, and Continuum, and with consumers who value the same. Thus, we need to be more focused in our phone hardware efforts.

With this focus, our Windows strategy remains unchanged:

1. Universal apps. We have built an amazing platform, with a rich innovation roadmap ahead. Expanding the devices we reach and the capabilities for developers is our top priority.

2. We always take care of our customers, Windows phones are no exception. We will continue to update and support our current Lumia and OEM partner phones, and develop great new devices.

3. We remain steadfast in our pursuit of innovation across our Windows devices and our services to create new and delightful experiences. Our best work for customers comes from our device, platform, and service combination.

At the same time, our company will be pragmatic and embrace other mobile platforms with our productivity services, device management services, and development tools — regardless of a person’s phone choice, we want everyone to be able to experience what Microsoft has to offer them.

With that all said… I used the words “be more focused” above. This in fact describes what we are doing (we’re scaling back, but we’re not out!), but at the same time I don’t love it because it lacks the emotional impact of this decision. When I look back on our journey in mobility, we’ve done hard work and had great ideas, but have not always had the alignment needed across the company to make an impact. At the same time, Ars Technica recently published a long story documenting our journey to create the universal platform for our developers. The story shows the real challenges we faced, and the grit required to get it done. The story closes with this:

“And as long as it has taken the company, Microsoft has still arguably achieved something that its competitors have not… It took more than two decades to get there, but Microsoft still somehow got there first.”

For me, that’s what focus can deliver for us, and now we get to build on that foundation to build amazing products.