Over the past week, the company has rolled out a new Get Windows 10 pop-up window, which strong-arms people into upgrading to their new system. Unlike the previous notifications, the new one informs Windows 7/8.1 users that their system is scheduled to upgrade, even without explicit consent.

Some people have noted that the new pop-up window finally gives users the option to cancel their upgrade. Found on the fourth line and written in small font size, the message reads “Click here to change upgrade schedule or cancel scheduled upgrade.” However, most still believe that Microsoft continues to use deceiving tactics to trick people into getting the free Windows 10 Upgrade. 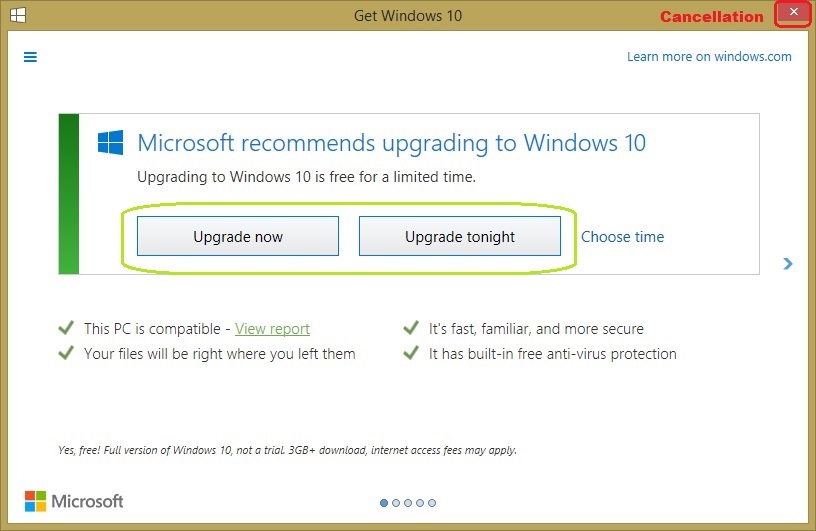 The previous pop-up box was also received with a negative response from users, as it gave only two clear options “Upgrade Now” or “Upgrade Tonight.” The only way people could cancel the update was to close the window via the ‘X’ sign. 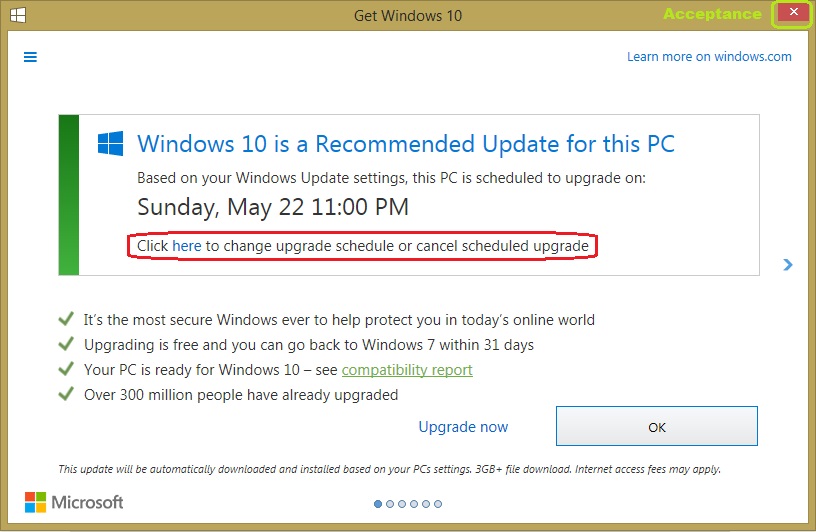 With the new pop-up window, Microsoft has changed their tactics completely. Now, instead of cancellation, the ‘X’ sign will signify your acceptance. Having this in mind, it’s hard to see the new update window as a positive improvement.

On the Way to One Billion

A little over a year ago, Microsoft’s Terry Myerson stated that the company’s goal was to bring Windows 10 on more than 1 billion devices by 2017. To do so, they decided to make a huge marketing move and let Windows 7/8.1 users upgrade for free, up to one year after Windows 10’s release.

As their promotional campaign ends in just a few weeks, on July 29, it’s not surprising that they continue to push people to upgrade. According to latest stats, Microsoft has set a new record by having 300 million devices run Windows 10. While this is a new record for them, it surely was only achieved with automatically scheduled updates.

Missing the updated pop-up and clicking ‘X’ sign, hundreds of people got their systems automatically updating to Windows 10 over the weekend.

What to do if your computer has updated?

If you have been tricked by Microsoft’s newest tactic and want to roll back to your old system from Windows 10, you still can easily do so. All you have to do is going to “Update & Security” panel in the “Settings” menu. 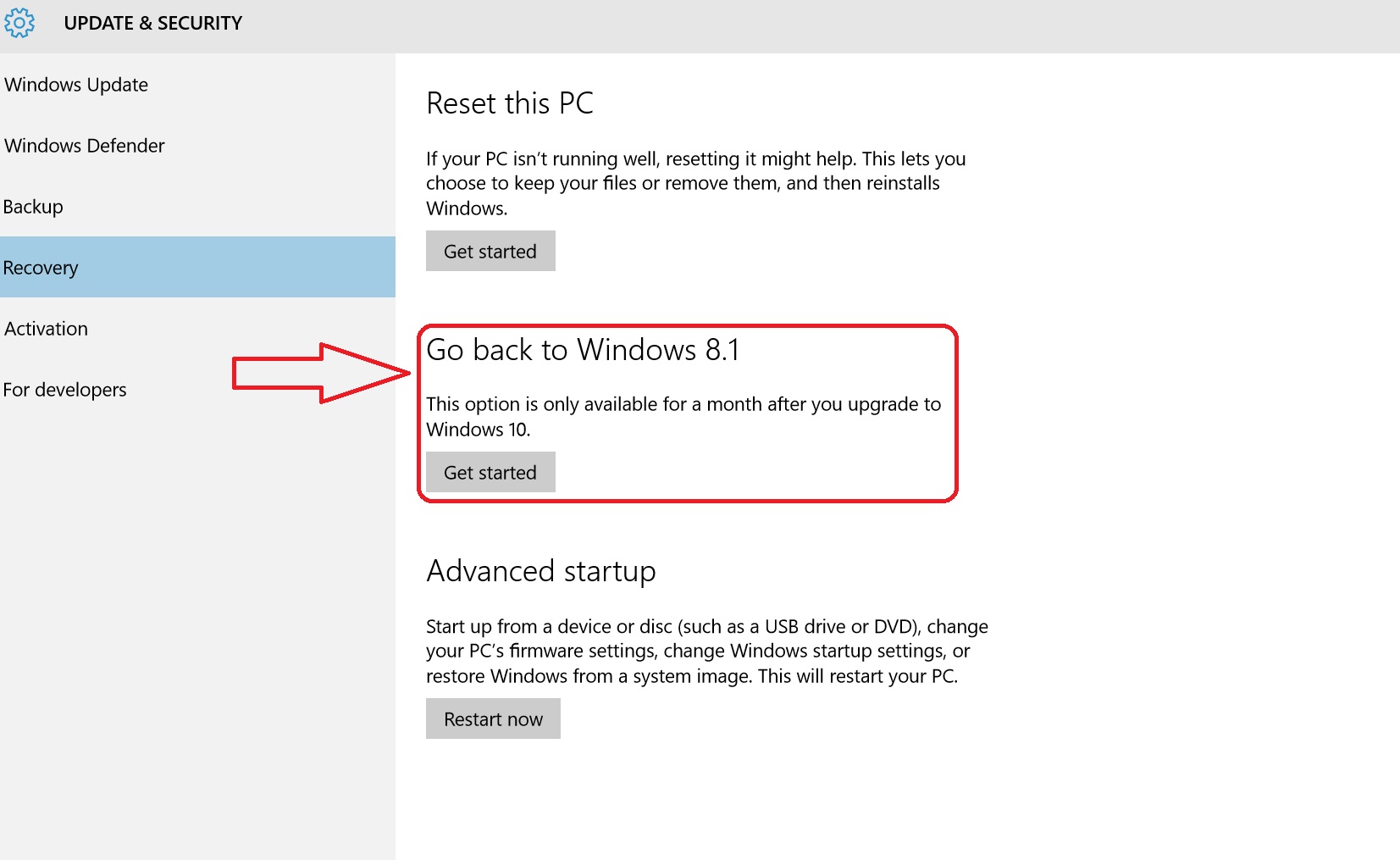 There you should find the “Go Back to Windows 7/8.1” field. By clicking the “Get Started” button, your system will be reverted to its original state before the update.

As the promotion for the free upgrade is near its end, Microsoft is planning to remove it’s annoying and malicious pop-up from appearing. However, until then, be sure to always read everything in detail before clicking the ‘X’ sign.