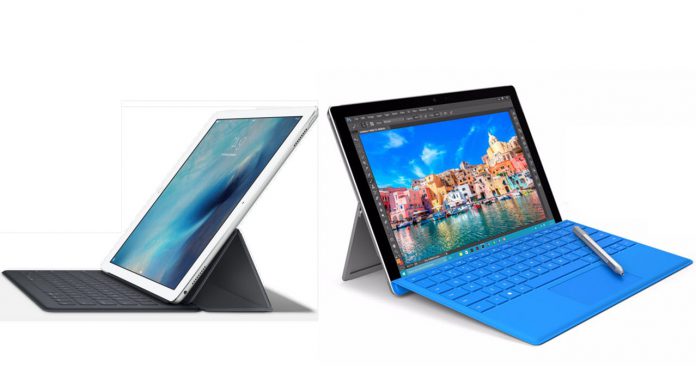 The PC market has been a slow but clearly terminal decline for years, while the tablet market could also be heading that way if recent sales performance is indicative of a trend. However, the small niche in between those two form factors is starting thrive according to the latest data from IDC.

Hybrid devices that marry the power of a PC into the portability and usability of a tablet were largely scoffed at when Microsoft launched the original Surface line. However, market researcher IDC says detachable tablets grew by a massive 190% during the first quarter of this year in Western Europe, rising from 500,000 unit sales a year ago to 1.5 million in Q1 this year.

Sure, that boosted figure is not really significant compared to the sales of smartphones, regular tablets, or even PCs, but interestingly hybrid convertibles are showing an upward trend.

Microsoft was widely derided for its Surface line up at launch, possibly rightly so considering the company had to write off over $1 billion in unsold inventory. The company persevered with the range though, and the market is growing enough now to suggest that this category of device is here to stay. It is also worth noting that Microsoft is also the leading name in this form factor, at least until the Apple iPad Pro takes hold.

60% of all convertible tablets shipped were Microsoft Surface products, while other OEMs are enjoying success on the Windows 10 platform.

Could there be a time in the future where a device like the Surface Pro 4 is the go to computing product for most consumers, surpassing PCs and tablets in terms of sales? Those two more traditional markets still boast sales in the hundreds of millions, so that eventuality is still some way off, but it clearly possible that consumers will look towards devices that ca fulfill the need of both PC and tablet in one unit.

IDC seems to think this is a possibility, suggesting that hybrid sales will soar as PC sales continue to decline.