Microsoft has been bolstering its Internet of Things (IoT) strategy of late, discussing many aspects of it at Build 2016 back in March. The company’s latest Windows IoT Core application is called Network 3D Printer, and it lets user’s wirelessly print 3D models.

This app gives 3D printing what traditional printers have had with Wi-Fi capabilities for years, allowing users to print without being hooked up to a PC. Microsoft has made sure it is plenty compatible out of the gate too, as Network 3D Printer works with over a dozen 3D printers, and the company will surely add more over time.

The Windows IoT Core app works by commanding a Raspberry Pi to take printing jobs wirelessly and then pass them on to a chosen 3D printer. Setting the system up is easy and involves just connecting the Raspberry Pi to a 3D printer through the USB connection. The mini-computer will then transmit the printer to a network, allowing a Windows PC to see it. 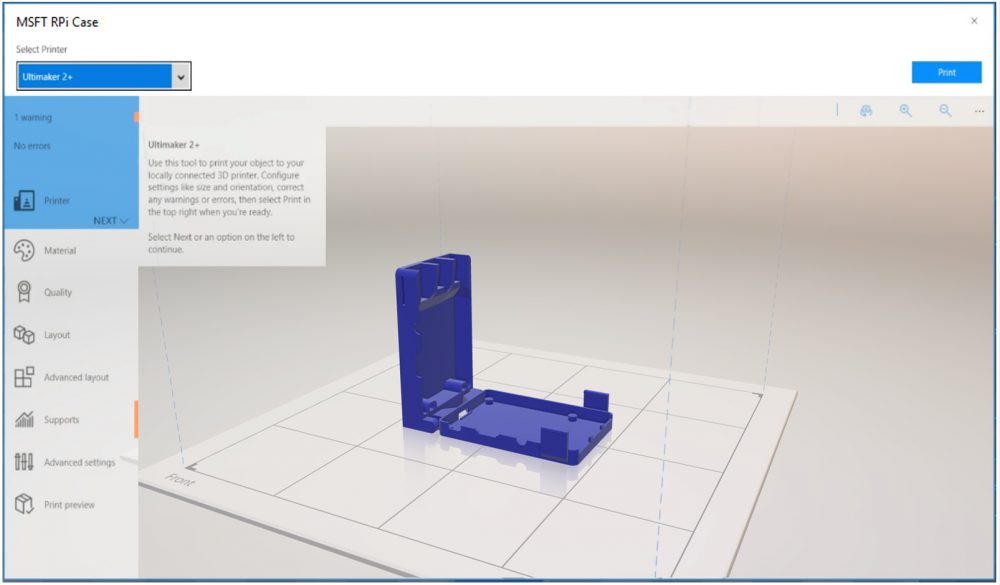 While the app is only available for Raspberry Pi at the moment, Microsoft will be pushing for its inclusion on other devices:

“This solution also creates a pathway for 3D printer manufacturers to utilize Windows 10 IoT Core and the Network 3D Printer app directly within their devices to add Windows-compatible network and other future features.”

There is some enterprise or shared workload potential too as the app lets multiple Windows 10 computers share a single 3D printer on a network. As mentioned, there are 13 3D printers supported and Microsoft lists them like this:

Lulzbot Taz 6; Makergear M2; the Printrbot Play, Plus and Simple; the Ultimaker Original and Original+; Ultimaker 2 and 2+; and Ultimaker 2 Extended and Extended+.